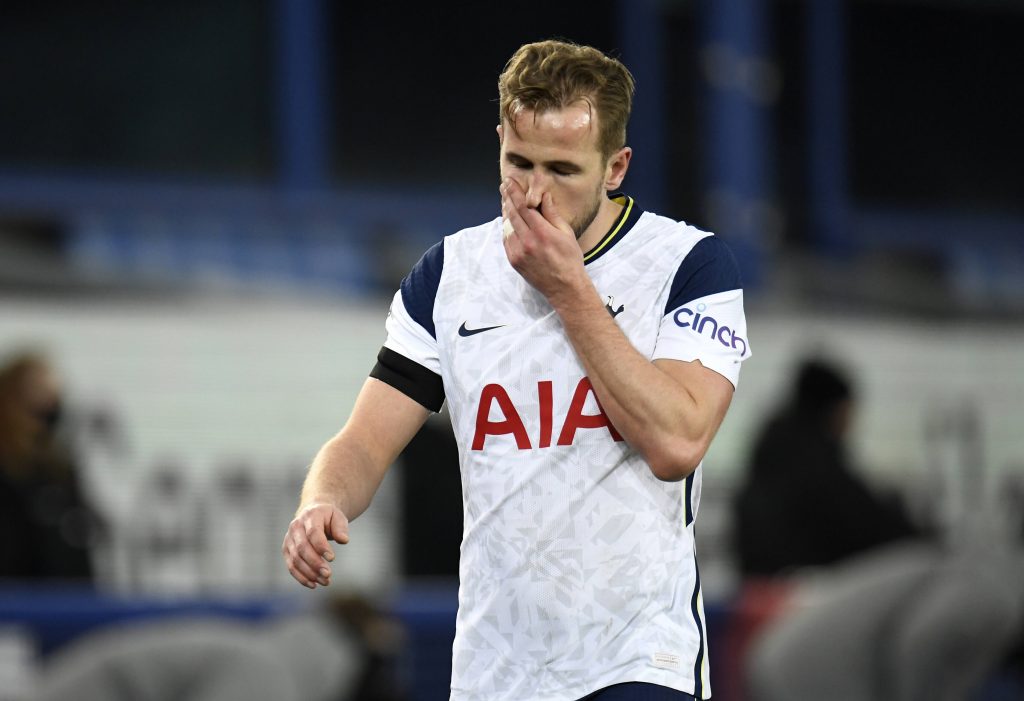 Manchester City and Manchester United are ready to offer Harry Kane £80 million in wages to tempt him from Tottenham Hotspur this summer, according to The Sun.

The 27-year-old wants to leave Spurs with Champions League football unavailable again next term, and Pep Guardiola and Ole Gunnar Solskjaer want to bring him to Manchester.

City and United are both prepared to hand Kane a five-year contract with a £300,000-per-week basic salary.

Tottenham value the England international at £150m, but they could be forced to do business for around £30m less if Kane insists on leaving.

City and United would end up paying the star striker around £78m in wages at the end of five years if he joined either of them.

There would be further bonuses and clauses for goals scored, milestones reached and trophies won.

The deal would make Kane one of the English top-flight’s best-paid players, and both Mancunian clubs are ready to go the extra mile to land one of the best goalscorers on the planet.

The Spurs star has scored 220 goals in all competitions for his club, but silverware has eluded him.

There are no guarantees that things will get better with Tottenham apparently in decline.

They will be hoping to seal Europa League qualification by winning their last two games, and Kane is not keen to continue playing on Thursday nights.

United and City have sealed qualification for next season’s Champions League and are both in the finals of the two continental showpieces.

Guardiola’s side will clash with Chelsea – one of Kane’s many admirers – in the Champions League final, while the Red Devils will hope to pip Villarreal to the Europa League prize.

In other news, Sportslens has taken a look at which club Kane should join next.