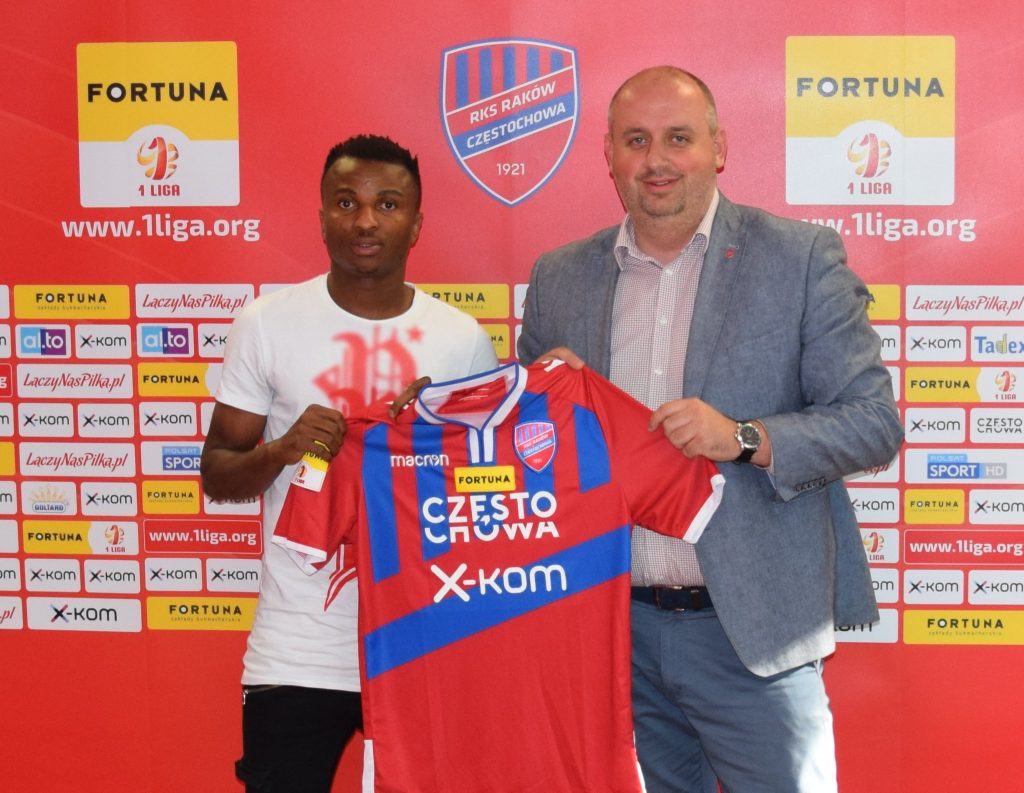 Raków Częstochowa confirm Manchester City midfielder Chidiebere Nwakali has joined the Polish outfit on a two-year deal. The 21-year-old hasn’t made a senior appearance for the Sky Blues since his arrival in 2015 and has opted to exit the Etihad stadium permanently to get regular playing time elsewhere.

Nwakali joined City from the Nigerian Shuttle Academy in 2014 and has embarked upon a number of loan moves due to a lack of opportunity at senior level. The midfielder has played for two Spanish outfits in Atlético Malagueño in 2014/15 and Girona in 2015/16, before his first meaningful loan move in Norway.

The Nigerian joined Start (24 appearances, four goals) in March 2016 and spent nine months at the club before exiting for fellow Norwegian side Sogndal (29 appearances, five goals) in February 2017 for ten months. In January 2018, Nwakali moved to Scottish Premiership side Aberdeen (eight appearances) before returning to the Etihad this summer.

But with the likes of David Silva, Kevin de Bruyne, Ilkay Gundogan, Fernandinho, Fabian Delph and Oleksandr Zinchenko ahead of Nwakali in the pecking order, he’s been forced to seek a permanent deal elsewhere to continue his development.