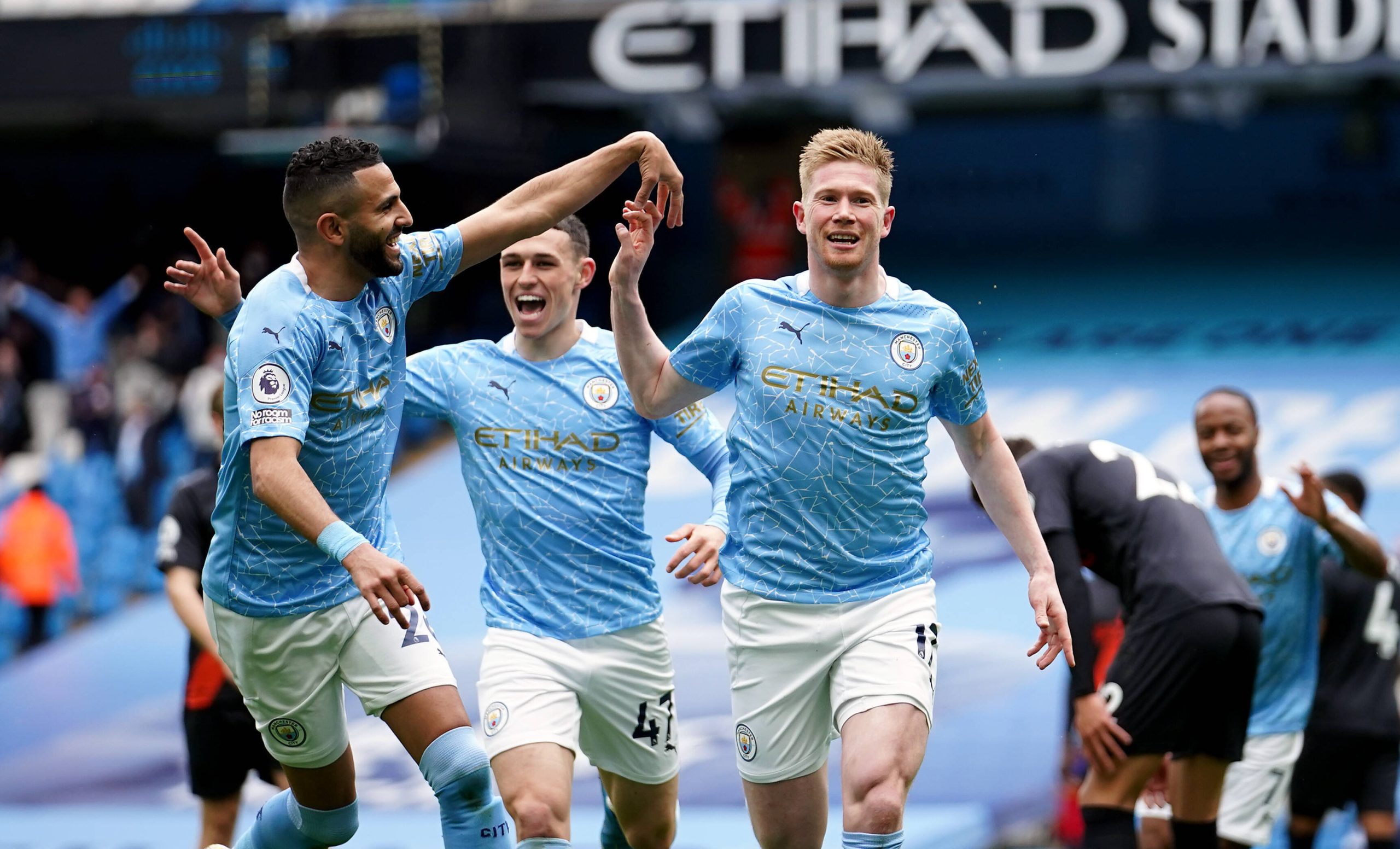 Manchester City won the league by an absolute landslide, as well as the Carabao Cup. For the majority of clubs, this would be a resounding success. But was it?

At the start of the season, a domestic double would’ve been highly welcomed by manager Pep Guardiola.

However, having once been in contention for an unprecedented quadruple, they’ve had to settle for just two (bless).

There are quite a few players who could have gone in this spot, but it’s difficult to overlook Ruben Dias.

The Portuguese arrived as a bit of an unknown quantity for a club-record fee. It was a bold move, but it paid off almost instantly.

Dias formed a reliable partnership with John Stones, whose career at the Etihad Stadium seemed to be over 12 months ago. The pair kept the most clean sheets in the division and conceded the fewest goals.

The 24-year-old has emerged as one of the frontrunners for the PFA Player of the Year award, alongside Harry Kane and Bruno Fernandes.

Some have gone even further and have given him shouts for the Ballon d’Or. While these suggestions have gone a bit quieter since the Champions League final, a good showing at the European Championships would do wonders for his cause.

Man City didn’t make the best of starts to the Premier League season, winning just six of their opening 12 games. However, a run of nine victories in a row took them to the top of the table.

Game number 22 came around, and it was to be a real test of their title credentials. They faced last season’s champions Liverpool, who had been going through a poor run of form.

The visitors had the chance to open the scoring when Raheem Sterling was brought down, but Ilkay Gundogan put his penalty over the crossbar.

The German international made amends early in the second half, however, converting a rebound from Phil Foden’s effort.

Mohamed Salah’s penalty levelled the scores, but Gundogan again put the Cityzens in front. Sterling made it 3-1 against his former club from Foden’s cross before the youngster netted a stunner for himself.

It was an emphatic second-half display that convinced many people that they would be champions. At the same time, it effectively ended any hopes that Liverpool had of retaining the title.

This was it. This was the big one. The one that the fans had wanted for over a decade. They’d won everything in England, but a European trophy had continued to evade them.

The opportunity to end that continental trophy drought came when they reached the Champions League final, seeing off Borussia Monchengladbach, Borussia Dortmund, and Paris Saint-Germain along the way.

They were met by Chelsea, who had finished 19 points behind them in the league. They went into the game as hot favourites.

Unfortunately, it was the Blues who came away from Porto with the trophy. Mason Mount found Kai Havertz with an excellent through ball, and he rounded Ederson before tucking into an empty net.

It was a really below-par performance from a usually brilliant Man City side. They managed just one shot on target all game and failed to create anything of note. Their wait for a Champions League title goes on.

I don’t need to go into the signing of Ruben Dias again. Everyone agrees he’s been a huge hit at the Etihad.

As for other arrivals, Nathan Ake came in from Bournemouth, and Ferran Torres arrived from Valencia.

Ake is a difficult one to judge. He came in to be a back-up option. In that regard, he’s done fine. He offers decent cover for Dias, Stones and Aymeric Laporte.

However, he cost an estimated £40 million. That’s a LOT for a fourth choice. He’s met expectations but hasn’t lived up to the price tag.

On the other hand, Torres has looked like a decent bit of business. Brought in for a relatively small £20m, the Spaniard has scored 13 goals in 36 appearances, with a number of those outings coming from the bench. And, at just 21 years old, he could be one for the future.

Despite being one of the most decorated managers of all time, there are still doubts over Pep Guardiola. Is he really a genius, or does he have the best squads?

Well, he guided his side to a resounding league title – their third in four years. And he did it all without a recognised striker for most of the campaign.

His men have scored the most, conceded the fewest, and finished 12 points clear at the top. No matter who you’ve got in your side, that’s brilliant.

But there is still one question mark hanging over his head: can he win the Champions League without Lionel Messi, Xavi, Andres Iniesta etc.?

He missed the opportunity this time around, and many blamed the Catalan for overthinking things.

Playing without a striker was to be expected, but to also line up without a defensive midfielder? That decision drew a lot of criticism.

He’s done well, no doubt about it, but did he blow it at the crucial moment?

You can’t look back on a season where you won two major trophies and call it a failure. No other side in Europe’s top five leagues won the double.

And you especially can’t call it a failure when you won the league with such ease. The Carabao Cup may not mean a whole lot nowadays, but it’s still a trophy. On the whole, it was a successful season.

However, the fans may remember it for the trophies they didn’t win. In April, they looked on course for a quadruple, but a defeat against Chelsea in the FA Cup semi-final put an end to that talk.

But they still had the Champions League to play for. With the Carabao Cup already won and the Premier League effectively wrapped up, they were heavy favourites for European glory, but they fell at the final hurdle, again against Chelsea.

It was a great season, but it could have been more.