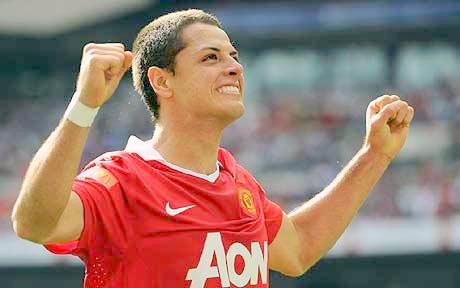 Mexico will be looking up to Javier Hernandez in their last couple of qualifiers, if they want to progress to the finals of the World Cup. He has made his countrymen proud before in the past and all hopes will rest on his shoulder again, as the boy from Guadalajara will be hoping to procure his magic for his nation. 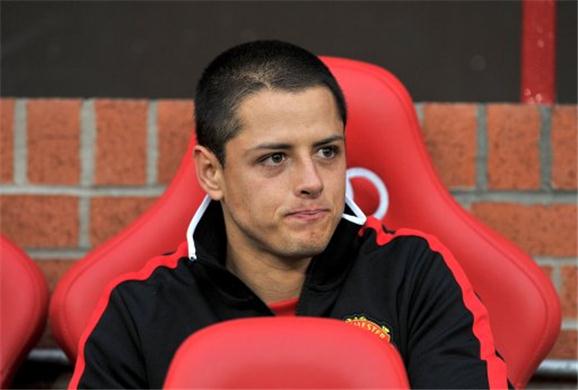 For that matter, Hernandez is going through a most delicate phase in his career. It was all going so smooth for him. Playing for Manchester United, one of the biggest clubs in the world was dream come true. He was living his dreams at Old Trafford for the last three years, despite playing more peripheral role in the last season.

He was linked with several European clubs in the summer but there was no need for him to even think of leaving Man Utd. Why should he think of it? He is loved at the club; he is scoring goals and representing his nation as well.

Yeah, he is scoring goals. Whenever he has been called upon, he has responded with goals. He never complains, like a typical good scholar-boy of the class.

In his debut season at Man Utd, he bagged 20 goals in all competition, 13 of which came in the second half of the season. He was so prolific in that campaign that former manager Sir Alex Ferguson was forced to drop in-form Dimitar Berbatov to the bench, despite the fact it was the best goal-scoring season of the Bulgarian and he was playing exceedingly well.

He has had injury problems the following season that restricted his appearances and performances to a certain extent, yet he ended up with 13 goals.

However, last season, with the arrival of Robin van Persie, it became very clear that Hernandez will drop down the pecking orders at the club. He was no longer the first choice striker and would appear as sub or play in the cup games. But whenever he has been asked to do a job, he did it with great aplomb.

Under David Moyes, the same trend has continued. Hernandez will get chances in cup games or only when the first choice strikers are injured. He is an asset for his nation but he needs regular game too, which he is not getting at United at the moment. And he is too good a player to warm the bench week-in-week-out and there lies the big conundrum.

Hernandez is a different sort of striker, probably represents one of the dying breeds of typical poachers. You rarely see him scoring goals from distance; rather he is a devastating player in the box. Like a sly fox, he gets away from his marker in a flash and scores either through header, instinctive pokes, flicks or simply placing it beyond the goal keeper’s reach.

However, with games becoming more tactical, strikers are asked to do a lot more than simply scoring goals. Nowadays you’ll see strikers are asked to drop deep and help the team in the buildup play. They are asked to run down the channels (strength of Hernandez), find pockets of space, interchange positions with wingers to bring other players into the game – in a nutshell, strikers have been asked to become more versatile now.

Managers hardly play 4-4-2 these days and likewise you hardly see a typical poacher who is contributing very little overall except scoring goals. Even if managers are changing formations to accommodate two strikers, for example, consider Liverpool’ situation, agility and sharp movements are the primary requirements than being a mere no9.

Brendan Rodgers, the Liverpool manager recently reflected about his decision of playing two strikers together in his new formation. He notes:

“In Suarez and Sturridge, I’ve got what I call two No 9 and a halves. They both like to move, they like to drift and they both like to go into the half positions in between the lines.”

Central point is – the strikers would be doing a lot of work that just merely wait for the midfielders to feed delicious balls in for them. That’s why Van Persie is so essential for Man Utd who brings lot more to the game that just simple scoring goals. Same with Danny Welbeck. No wonder why Moyes picks him ahead of Hernandez.

On the other hand, no manager would want to lose a player like Hernandez. He is a proven match winner. He will give you goals. He will make a difference to the team when chips are down and bodies searching for inspiration. Utd 2-0 down at Villa Park last season – Hernandez was introduced and he changed the complexion of the match by netting a hat-trick.

But, then again, there is this subtle risk of starting with him again, especially against a team that plays possession based football. In such a scenario, he tends to get isolated from the game while the opposition enjoys lion-share of possession. In hindsight, we can now say had Berbatov played instead of Hernandez in the Champions League final against Barcelona; United probably wouldn’t have looked that helpless.

Man United will be happy to keep him as long as he is doing the bit-part job perfectly. But, at 25, should Hernandez remain content with such a role? Getting regular games is more important to his career than warming bench or coming as a sub for a big club – he probably needs to make a choice, sooner or later.