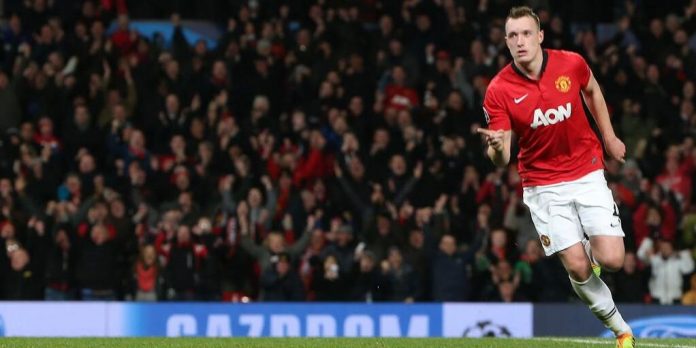 Man Utd qualified for the knockout round of the Champions League on Wednesday, as a Phil Jones thunderbolt gave them a hard-fought 1-0 win over an excellent Shakhtar Donetsk outfit. 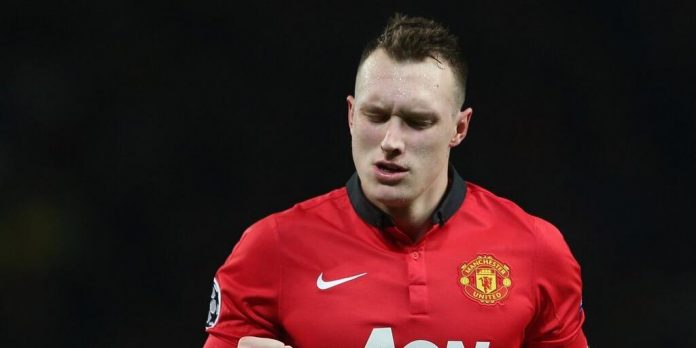 The result has duel meanings for Utd manager David Moyes, who avoided a third straight home defeat as well as guiding his side through to the last 16 of Europe’s premier competition as group winners.

Despite the vibrant Shakhtar frontline, Utd’s young keeper had very little to do. Plenty of awkward back-passes came his way, but he dealt with every one with good composure.

The youngster made some excellent last-ditch blocks as the Shakhtar Brazilians ran riot early on. Ably supported Januzaj down the right wing, and was a good outlet.

Convincingly out of his depth, Rio was off the pace, and struggled against the fast thinking opposition strike-force. The end must be nigh for the veteran.

Was poor initially, but grew in stature as the game wore on. Some good bursting runs from deep to try and aid his attack, the 25-year-old was a hard worker throughout.

Starting in the absence of Patrice Evra, the Dutchman kept pace and made some crucial interceptions at the back, but was woefully short in the attacking third. Dispossessed far too many times; he cut a frustrated figure on the flank.

Came off late for Antonio Valencia.

This was a fantastic opportunity for Young to reassert himself back into the United setup, but the England man missed his chance. A few intrepid runs down the flank aside, Young’s contribution will be remembered through his two poor misses in the first half.

Came off for Robin Van Persie on the hour.

Fans watching Giggs tonight will surely only have commented on the novelty of his old age, rather than on any decent play from the Welshman. This would be because there were no examples; the 40-year-old was bullied out of the game by the young, arrogant Shakhtar attackers very early on.

Came off for Tom Cleverley on the hour, who performed well in the role as Shakhtar’s confidence dropped after the goal.

Effectively on his own due to the non-existence of Giggs, Jones had a torrid time against Shakhtar’s Brazilians for the best part of an hour. But he absolutely bust a gut for his side, and grabbed the winning goal with a cracking volley.

Certainly Utd’s best attacking outlet in what was his first European game. Terrorised the Ukrainian Champions in the first half, and despite fading after the break, impressed with some penetrative passing.

A bland display from the man who is looking to show Moyes he is worth his spot behind the striker. No real penetration from the Japanese, although he was one of the only few who seemed comfortable on the ball.

Isolated for the best part of an hour, he was involved in Utd’s best moves but largely as a linkup man. Almost scored with a ‘Cantona-esque’ lob that is fast becoming his own, and came close with a free-kick.