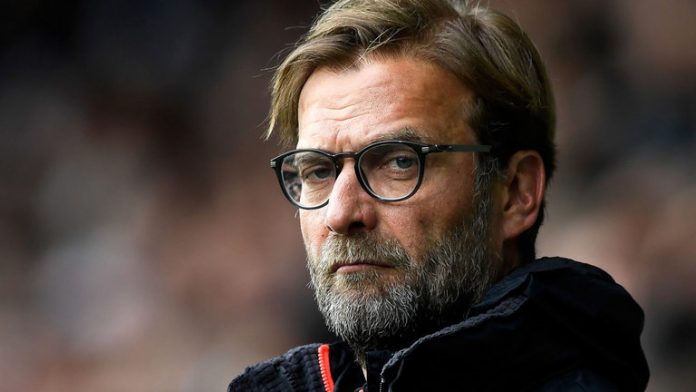 Gary Neville believes Jurgen Klopp should have pushed harder to secure a victory for Liverpool against Manchester United on Saturday.

The two teams fought out a disappointing 0-0 draw, with many pundits suggesting United boss Jose Mourinho’s negative tactics had spoiled the game.

However, Neville says Klopp’s failure to apply more pressure in the second half cost his side the opportunity to pick up three points.

“I’m sure the headline out of this game will be that Jose has parked the bus,” he told Sky Sports. “Liverpool put in a good performance, but Jurgen Klopp could have turned it up in the second half if he had wanted to.

“He could have taken off (Emre) Can, (Jordan) Henderson or (Georginio) Wijnaldum and brought (Philippe) Coutinho back into the midfield three and made it a more attacking team and taken more chances.

“He dared not lose. They were trying to attack and be positive but they were still measured in their positivity. There wasn’t that what I would call Liverpool gung ho, that wasn’t Liverpool today.

“They didn’t want to leave the counter-attack open. They were making sure United didn’t cut through them.

“So whilst Liverpool were the better team in terms of performance, it wasn’t with reckless abandon that we have sometimes seen from Jurgen Klopp because he’s not in a situation at the moment where he can afford to lose this game.

“That’s what we saw in the second half, when they were pushing but they weren’t pushing as hard as we have seen them in the past.”

Neville’s comments are sure to rile Liverpool fans, but it’s difficult to argue with his views.

There is an ongoing narrative amongst a large section of the media that Mourinho employs ‘anti-football’ tactics, yet only Manchester City have scored more goals than his team this season.

Klopp likes to present himself as some kind of attacking football genius, but when the chips were down on Saturday the German and his team failed to deliver.

Former Manchester United and Liverpool midfielder Paul Ince claimed ahead of the game that Klopp is massively underachieving at Anfield.

Maybe someday the rest of the so-called experts will catch up with the likes of Ince and Neville.