Man Utd’s Shinji Kagawa has been linked with a move away from Old Trafford for many weeks now; and after his no-show at the weekend against Newcastle, reports in the German press are insisting a return to Borussia Dortmund is on the cards. 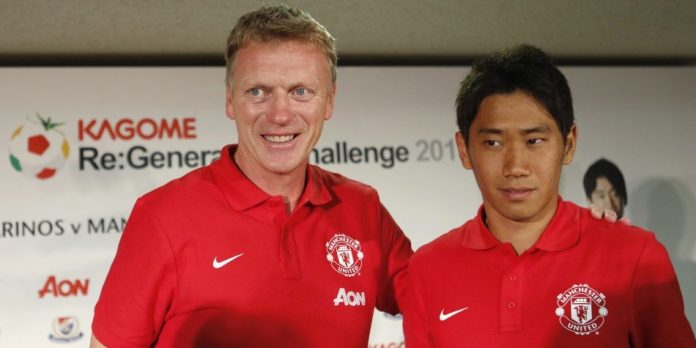 Kagawa’s absence was keenly felt at the weekend, as David Moyes’ side suffered consecutive home defeats for the first time in ten years. German newspaper, ‘Welt’, have taken note of this, and concluded that the Japanese star is set to be ushered out the of door by the club.

With Dortmund’s insistence that the ‘door remains open’ for their former star, this could happen as soon as January.

The 24-year-old reportedly had ‘eaten too much’ before the Newcastle game, and was unable to play due to his stomach having to be pumped.

A bizarre story, and one that just has to be too elaborate to have been fabricated.

There may be some truth however to the Dortmund rumours, which have refused to go away; especially with the growing speculation that Moyes is on the hunt for a replacement.

The Sporting Lisbon midfielder has been on Utd’s radar for many months now, with Chelsea also interested in the 21-year-old.

Carvalho is a defensive midfielder by trade, and despite not being a direct replacement for Kagawa, the club is in dire need of central midfield reinforcement.

Record claim that Utd have watched Carvalho play at least six times; with the player putting in a string of impressive performances this season. His reported €45m release clause would certainly be a sticking point for Utd, but this story could resurface in a big way in the next few weeks.