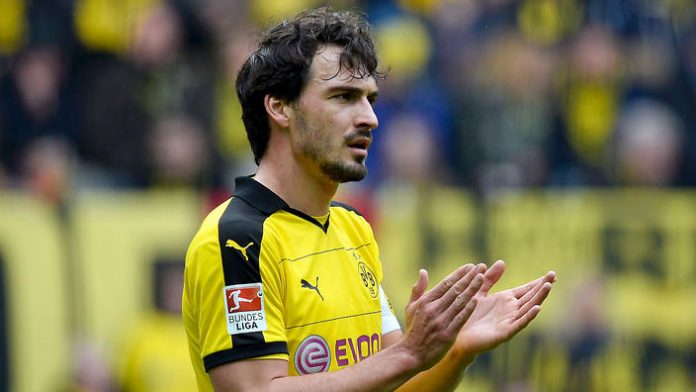 Bayern Munich’s latest high-profile signing Mats Hummels has revealed that he considered joining Manchester United but turned down the offer since the Premier League giants could not offer him Champions League football.

Hummels was reportedly targeted by a host of European clubs but the German centre back opted to continue his career in the Bundesliga, returning to Dortmund’s arch rivals Bayern Munich for €37 million, where he first started his playing career almost a decade ago.

Speaking to Suddeutsche Zeitung, Hummels said: “Fundamentally, England, Spain and Germany were the relevant leagues I could see myself playing football in. But at this stage there just was not that one English club where the overall package was fitting.”

Hummels appeared to hint that Man Utd were unable to provide the ‘overall package’ due to failing to qualify for next season’s Champions League.

“The overall package means: a club which fascinates me; a club I have always wanted to join, and where the sporting constellation is right, and which of course plays Champions League football next season,” Hummels added.

“And because of the latter one club was ruled out, and you can envision which club that was.”

Man Utd’s fellow Premier League side Arsenal were also heavily linked with the German centre back but Hummels insists that the Gunners did not lodged a concrete offer for his services this summer.

“I don’t have to beat about the bush, and pretend they [Arsenal] wanted me,” Hummels said.

“There was no offer. The same applies for Spain, there was always contact but no option right now. That’s why I now have made the fundamental decision to continue my career in Germany.”

The 27-year-old, who first moved into the Bavarian club as a six-year-old before signing his first professional contract in December 2006, is currently on international duty in France and will join his new team-mates at Bayern Munich after concluding Germany’s participation in the Euro 16.