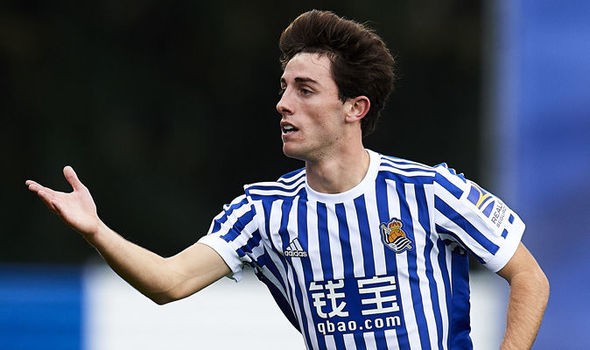 According to Don Balon, Manchester United could agree deal with Real Sociedad for Álvaro Odriozola. The 22-year-old has been linked with a move to Real Madrid, but manager Jose Mourinho wants to get one over his old employers by beating them to his signature.

Odriozola rose through the youth ranks to the Sociedad first-team in 2017 and has gone on to make 57 appearances in all competitions. The Spanish international was a regular last season, racking up 41 appearances across the board and could be on his way to Old Trafford as a replacement for Antonio Valencia.

United need a long-term option at right-back, as Valencia will turn 33 in August and is in the last 12 months of his deal with the Red Devils. Odriozola still has four years to run on his existing deal at the Anoeta Stadium, but his release clause is affordable at £35m.

Don Balon believe the Spaniard possesses every quality Mourinho has been looking for in a fullback, as the 22-year-old made four assists in La Liga last season and created 46 chances in 35 games. Odriozola whipped in 155 crosses so he’s clearly a threat in the final third and may be an upgrade on what United already have.