It is a sorry sight for fans of the club, and certainly not something they are used to after decades of success under David Moyes’ illustrious predecessor, Sir Alex Ferguson.

With a creaking defence, an injury hit front-line, and a hugely lacking midfield, Moyes must surely enter the January transfer market.

Midfield seems to be the area of most concern, and United have been linked with moves for some of the world’s top operators in recent weeks. Reports currently surfacing from Italy (via Le 10 Sport) link the Red Devils with a blockbuster move for Chilean international midfielder Arturo Vidal.

Arguably, the 26-year-old is exactly what Utd need to bolster their flagging midfield, and he could be the catalyst to spur the club back into the top four.

Vidal is an all-action powerhouse who thrives in battle and can dominate a midfield with tactical aggression and awareness. He can also score goals, which he proved with a hat-trick against Copenhagen in Juventus’ Champions League Group Stage victory in Turin.

39 – Since moving in 2011 Arturo Vidal has been involved in more Serie A goals than any other Juventus player (24 gls, 15 assts). Warrior.

The state of the United midfield has come under intense scrutiny this season, with Michael Carrick the wrong side of thirty, Tom Cleverely brutally picked apart after almost every game, Phil Jones flitting between defensive and midfield duties, Anderson used sparingly, Ryan Giggs often a passenger, and Darren Fletcher only recently back in the side having suffered from a chronic bowel condition. Marouane Fellaini, their big summer acquisition, is now the invisible man.

The signing of Arturo Vidal would immeasurably boost their title charge, herald the start of a long-awaited overhaul in the centre of midfield, and enable Moyes to build a midfield around the Chilean over the coming years.

But how could they get him?

There seem to be two major stumbling blocks. Vidal seems content in Italy, and recently signed a one-year contract extension taking him through to 2017 (via ESPN).

“I am fine in Turin and my family is very happy in the city,” he told the Italian press last November,

But the Italian champions are struggling to make an impact on the European stage, and if Utd can offer a significant pay rise, prove ambition with continued activity this January window, and consolidate the likes of Wayne Rooney and Robin van Persie at Old Trafford, Vidal may well be tempted by a change of scenery.

Italian website ‘Sport Mediaset‘ have claimed that Juventus are preparing a move for Utd winger Nani, and there are rumours claiming that the Portuguese attacker could be used as a makeweight in a potential deal for Vidal. 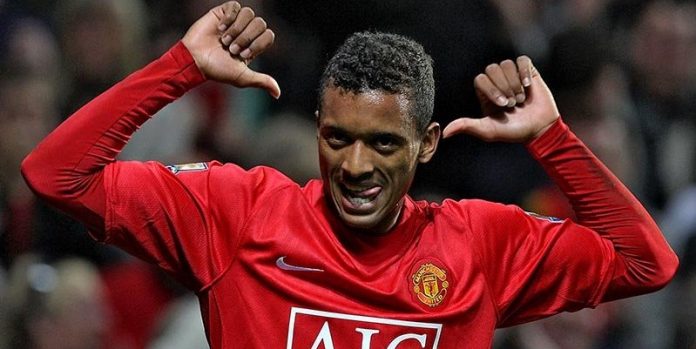 Former Juventus legend David Trezeguet was quoted to have said that Nani would be the ideal winger for ‘The Old Lady’,

“I see that Juventus often attack on the outside with speed. Nani, in this sense, would be perfect: he is a fast and technical player….” the French striker told TuttoSport.

Nani, which amusingly means ‘Dwarfs’ in Italian, could be a key figure in any deal for Vidal.

This would be a pricey transfer in any case, and Nani+£25m could well be Moyes’ opening gambit. But the Scot would do well to secure the signature of such a proven game-changer, and as long as he continues to look for further reinforcement, Vidal could be the start of a return to glory for the champions.

What do you think? Is Vidal worth the hype? Would Juve sell? Let me know in the comments below…