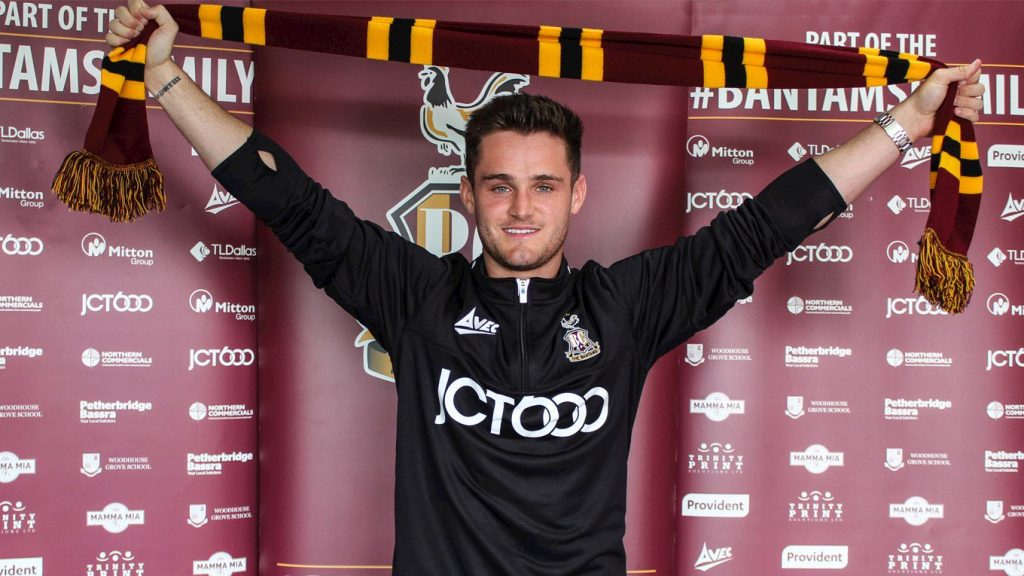 Manchester United confirm they have agreed a deal for Joe Riley to join Bradford City this summer. The defender, who can also play in midfield, has signed a two-year contract at the Northern Commercials Stadium. Riley was captain for the United u23s last season, making 21 appearances.

The 21-year-old has played two games for the first-team under former manager Louis van Gaal, however, playing 45 minutes in the FA Cup against Shrewsbury Town on February 22, 2016 and getting 79 minutes in the Europa League against Danish side FC Midtjylland three days later.

Riley’s lack of first-team football with the Red Devils led to him being loaned out to Sheffield United on January 2017, but his move to Bramall Lane was cut short as he suffered a shoulder injury. The right-back made just two appearances for the then-League One side.

He’ll be desperate to impress for his new club, as Bradford will surely be challenging for the League One playoffs next season. The Bantams lost out to Millwall in the playoff final 12 months ago and finished five places off the top-six this time round, but a good summer of recruitment could help them finally return to the Championship.