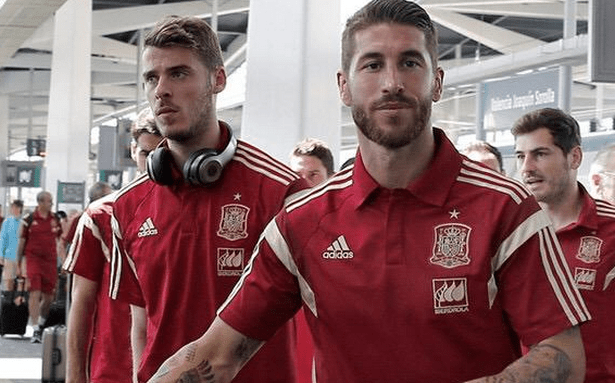 Manchester United have found themselves worse-off following dealings with Real Madrid in the past. It looked like the same trend would continue with the David De Gea deal. The Spanish goalkeeper was clearly the Red Devils’ best player last season, and losing him would be a big blow.

But now, in an incredible story that broke today, as covered here by The Guardian, United have set some phenomenal terms and conditions if Madrid are to land De Gea. The Spanish giants will only be able to buy the goalkeeper if they sell defender Sergio Ramos to the 20-time English champions.

Ramos has been an ever-present in the Madrid backline for the past decade now. Since joining from Sevilla in 2005, he has made well over 400 appearances, winning three La Liga titles, two Spanish cups and a Champions League.

His release clause is set at a staggering €180 million, but United feel they can get away with not paying this amount if they sell De Gea in return. Ramos’ contract at the Santiago Bernabeu runs out in 2017, and talks over a new contract have been at a standstill for a while now.

Louis van Gaal is desperately on the lookout for a centre-back, with several names like Jerome Boateng and Stefan de Vrij already mentioned. But signing Ramos will be a major coup, as even at the age of 29, he remains one of the top defenders around in Europe.

In a story covered by Spanish daily El Confidencial today, Madrid’s fierce rivals Barcelona may also be in the running to sign the defender. According to the report, Ramos’ friend Albert Luque has directly spoken with the player over a possible move to the Camp Nou. Luque, whose footballing career saw him have stints at Mallorca, Deportiva La Coruna, Newcastle United and Malaga, is associated with Juan Laporta’s group. Laporta, the ex-President of Barcelona though, has denied any talks of a possible move for Ramos.

It is understood that the player has grown tired of waiting for Madrid to offer him a new deal, and his relationship with Florentino Perez is not ideal at the moment. Therefore, if the right offer comes along, he could very well think of moving.