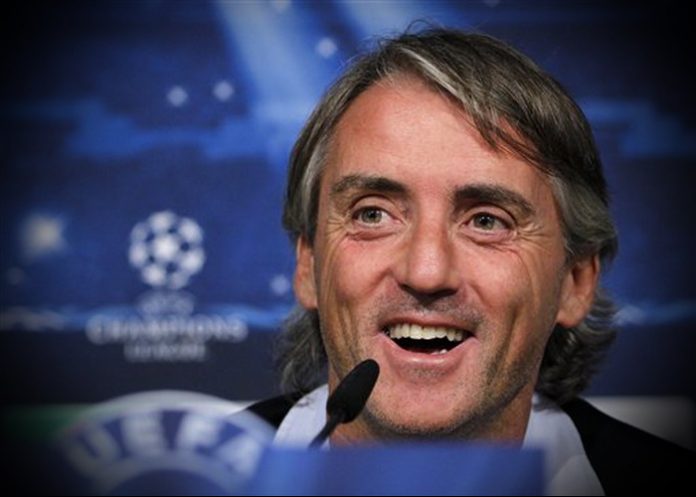 When one thinks of Manchester City these days the first thing that comes into mind is the wealth associated with its billionaire owner, Sheikh Mansour, and thus their almost unrivaled spending power.

There’s also the label that is attached to it ‘nouveau riche’ or simply ‘newly rich’. In society it is often used to differentiate between folks who have been rich for generations and those who recently accumulated wealth.

It also implies that the latter lack the sophistication the former (supposedly) have achieved through the years. On a footballing level one could apply the same rationale by substituting ‘sophistication’ with ‘tradition’.

In more recent times Chelsea FC have been football’s most prominent nouveau riche. The London-based club and their billionaire sugar daddy, Roman Abrahmovitch, are probably the blueprint after which the current Manchester City project is modeled. It would be disrespectful to simply dismiss the history of both clubs prior to their newfound wealth.

However, it would be a stretch to suggest that either club, Chelsea FC or Manchester City, were genuinely a top club on its own merits. Neither would’ve reached the pinnacle of the English Premier League were it not for the generous cash infusions of their wealthy benefactors.

Going back a little further in time, AC Milan under Silvio Berlusconi are the first truly successful incarnation of real-life fantasy football. In the years following his takeover of AC Milan he bought any player of stature money could buy (Marco Van Basten, Frank Rijkaard and Ruud Gullit). Sounds familiar, right?

Yes, billionaire-backed fantasy football has been around for decades. But due to their exploits in Europe (read: the UEFA Champions League) the Milanese club has successfully shed the stigmata of the nouveau riche and established themselves as one of the continents truly great clubs.

But unlike their English counterparts, Milan had won the Champions League twice before Silvio Berlusconi came into the picture. While the media tries to suggest otherwise, there aren’t that many genuine great European clubs – if great constitutes a tradition of winning a wide range of titles.

By that definition Chelsea FC are still nouveau rich, even if they have won the Champions League. Bayern Munich, FC Barcelona, Juventus Turin, AC Milan, Inter Milan, Liverpool FC, Manchester United etc. those are the traditional powerhouses of Europe.

Chelsea FC have made the first step in their quest to ascend to the ranks of aforementioned clubs by winning the 2011/2012 Champions League. One is a start, Borussia Dortmund beat them to the punch by over a decade in 1997, against probably the best Juventus side of the 90’s (they played football too as opposed to abusing the pitch as a parking lot).

On the other hand Manchester City run the risk of becoming the laughingstock of Europe. Their slightly unfortunate exit in 2011/2012 can be excused as it was the Citizens maiden campaign in the UEFA Champions League. But a grand total of one (1) point after two matches in the ongoing 2012/2013 season is abysmal, even if the Sky Blues have been drawn in the group of death with Ajax Amsterdam, Real Madrid & Borussia Dortmund.

In this particular Champions’ League group, Roberto Mancini has a squad that is probably only bettered by Real Madrid, with Los Blancos’ advantage being Cristiano Ronaldo. Yet, the Citizens managed to take the lead against Real Madrid twice before an implosion of gargantuan proportions late in the game, eventually losing 3-2.

If anything scores can be quite misleading. Truth be told, Manchester City didn’t really look like a team that could grind out a victory at the Santiago Bernabeu. But the real reason for concern is City’s awful performance at home against German champions, Borussia Dortmund.

Not to take anything away from the Ruhrpott side, but in order to look as spectacular as Dortmund did on match day 2, their opponents had to be dreadful. The final score of 1-1 flattered the hosts and granted Citizens manager Roberto Mancini another lease on life.

In all honesty, if it weren’t for the heroics of Joe Hart, it could’ve buried their hopes of advancing to the knockout stages already. There’s still a slim hope of progressing as Manchester City next opponents are none other than Group D whipping boys, Ajax Amsterdam.

At any rate, Roberto Mancini must assume the most responsibility for his teams’ shortcomings. His record in the Champions League is surprisingly poor for manager that has been entrusted with near unlimited funds and tasked to build a dynasty.

In his managerial career the best he has achieved thus far are the quarterfinals, with Inter Milan. Perhaps one of the reasons why his teams falls short in Europe – he tends to tinker with his favorite (4-2-3-1) formation on Champions League nights. Some of his abbreviations: 4-4-2 (double pivot) in their 2-0 defeat against Bayern Munich, or 4-3-3 in the 2-1 defeat against SSC Neapel, both away ties. Borussia Dortmund were treated to a 3-5-2, at home.

Something has got to give. Manchester City have their fair share of world-beaters (Sergio Agüero, Carlos Tevez, David Silva, Vincent Kompany) who possess experience in abundance, the bench ranks amongst the best in football; it’s not a matter of personnel but the ineptitude of Roberto Mancini.

Ex-Chelsea boss, Jose Mourinho, probably had less talent available to him at Inter Milan, yet he delivered the Champions League in the second year (2009/2010) of his tenure with the Italian giants. Then-temporary solution, Roberto Di Matteo, played a weak-footballing Chelsea side to their strengths (how to park an airbus for 180 minutes) against FC Barcelona but apparently Roberto Mancini doesn’t know what his sides’ are.

Manchester City are just one freak loss removed from becoming the joke of European football which would only serve to complicate their ascension to genuine continental heavyweight.