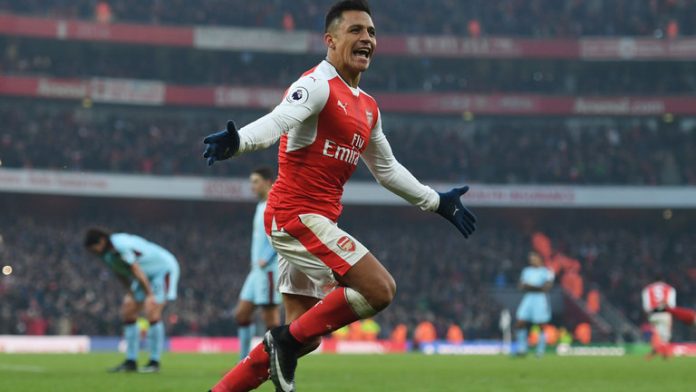 Manchester City are set to make a move for Arsenal forward Alexis Sanchez.

The 28-year-old has asked to leave the Chile training camp to “conduct personal business”, sparking rumours of a move to City.

Sky Sports says Raheem Sterling or Sergio Aguero could be included as part of the deal.

Sanchez has just a year remaining on his current deal and has refused to commit his long-term future to Arsenal.

City value Sanchez at £50 million, although a player-plus-cash deal would push the transfer closer to the £70 million mark.

Sanchez was signed by current City boss Pep Guardiola for Barcelona from Udinese in 2011, but left the following summer.

He is due to play for Chile against Paraguay in a World Cup qualifier on Thursday having returned from injury in Arsenal’s 4-0 defeat to Liverpool on Sunday.

Sanchez has made 429 appearances during his career, scoring 144 goals.

He has won the FA Cup twice with Arsenal, but is known to be frustrated over the cub’s failure to challenge for the Premier League and in the Champions League.