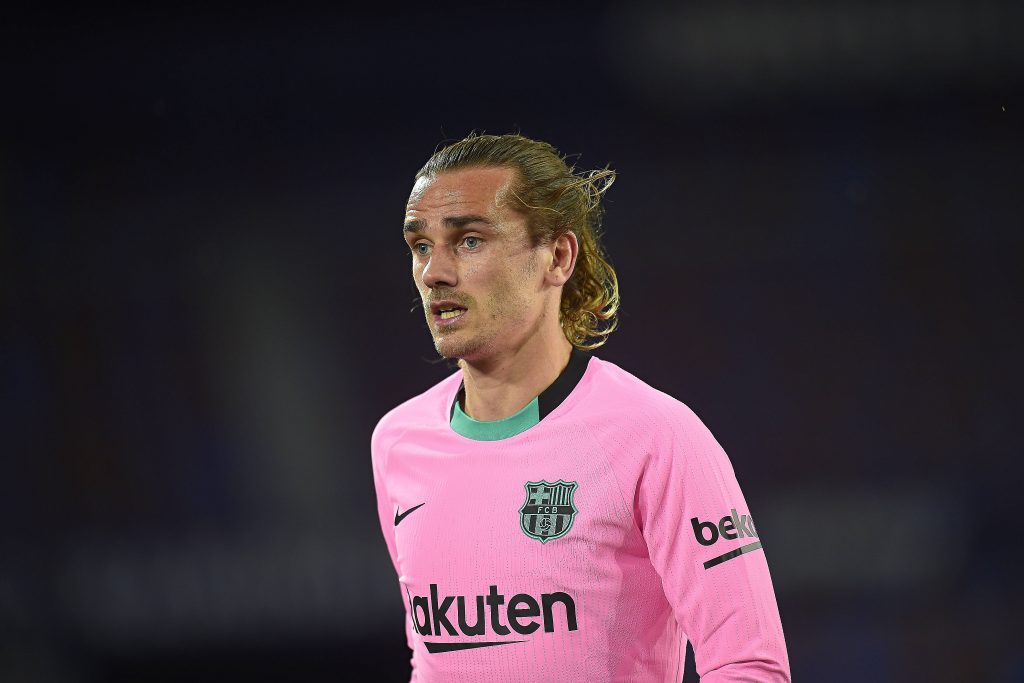 Manchester City are looking at Barcelona forward Antoine Griezmann as a possible alternative to Harry Kane, according to Spanish outlet Mundo Deportivo.

Griezmann joined Barcelona for a nine-figure sum back in 2019 from La Liga rivals Atletico Madrid.

He has shown flashes of brilliance since then but has fallen well short of living up to his price tag, scoring 35 goals in 99 appearances in all competitions.

Nonetheless, there is no denying his huge talent. Throughout his years at Real Sociedad and Atletico Madrid, the 30-year-old established himself as one of the finest players in the world, hitting over 200 goals in all competitions from 2009 to 2019.

His spell at Camp Nou could be about to end, with Mundo Deportivo claiming that Man City are interested in securing his services.

The Premier League champions are in the hunt for a new striker this summer, following the departure of club-record goalscorer Sergio Aguero.

Golden Boot winner Harry Kane is reportedly the number one target, but negotiations with Tottenham Hotspur don’t seem to have made much progress.

They played most of last season without a recognised striker and instead opted to utilise  Kevin De Bruyne and Bernardo Silva in the false nine role.

Griezmann could excel in that position but, given his age and uninspiring form over the last two years, the Cityzens may be better off looking for a different option.

The Frenchman could be available on the cheap this summer, with Barcelona desperate to get players off the wage bill.

Junior Firpo, Konrad de la Fuente and Jean Clair Todibo have already been offloaded, while the club are desperately searching for anyone who will take Miralem Pjanic and Samuel Umtiti off their hands.

It is believed that Griezmann could be one of the next players on the chopping block.