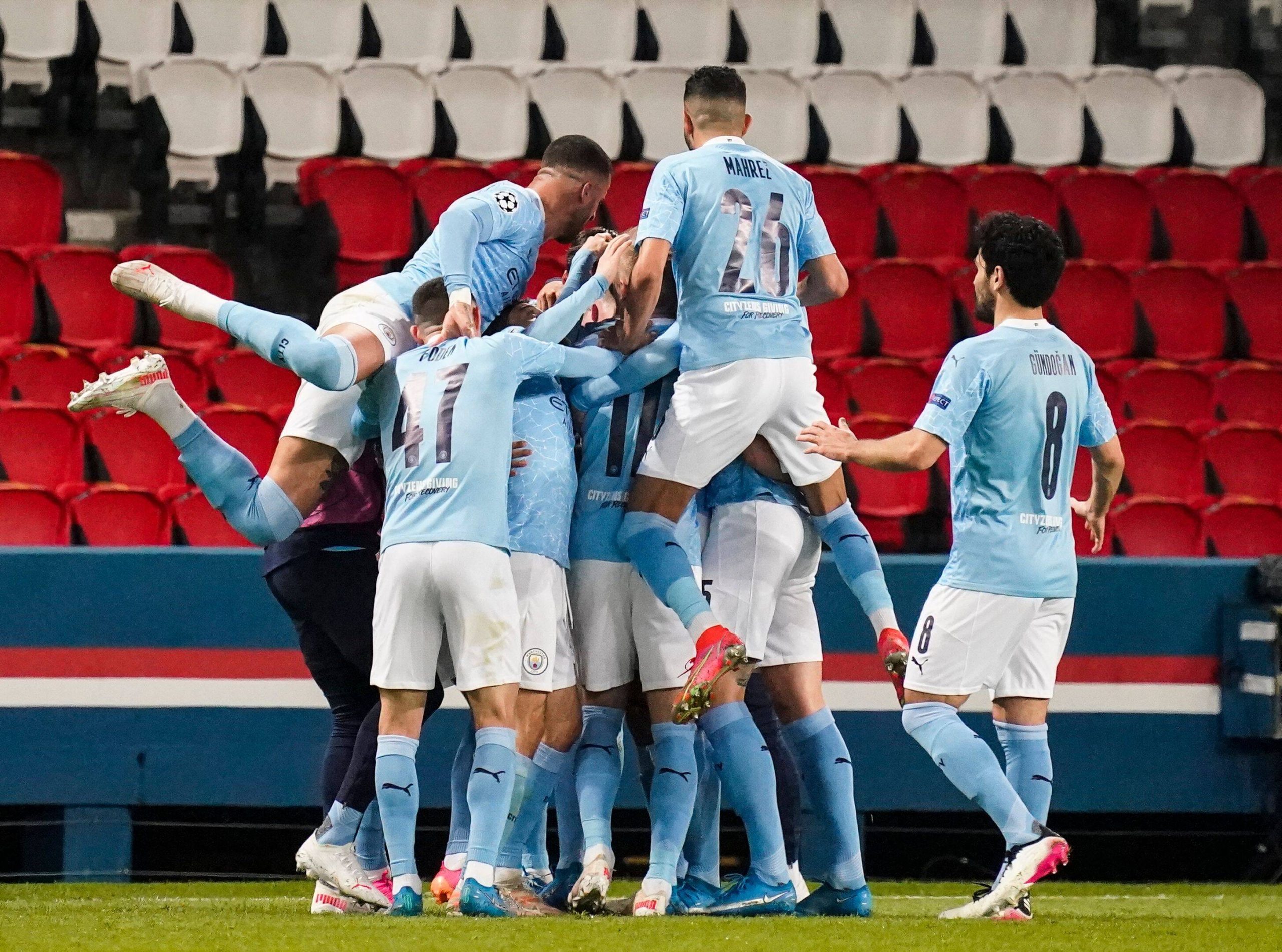 Manchester City defeated Paris Saint-Germain at the Parc des Princes in the first leg of their Champions League semi-final tie.

PSG applied all of the early pressure and got their reward in the 15th minute. Angel Di Maria’s excellent corner was glanced home by Marquinhos, scoring a semi-final goal for the second year running.

Les Parisiens continued to control the game and twice came close to extending their lead. Neymar had a deflected effort turned over the bar, and Leandro Paredes headed wide from a set-piece when perhaps he should have hit the target.

City did have a couple of chances of their own, first coming close through Bernardo Silva. He had to stretch to reach a long pass by compatriot Joao Cancelo but managed to divert his effort on target. Keylor Navas turned it wide for a corner.

The visitors’ best chance of the opening period came shortly before half time. Silva fed the ball to Phil Foden, but he shot directly at Navas when he really ought to have done better.

The second half began in equally exciting fashion. Marco Verratti was inches away from getting on the end of Kylian Mbappe’s cross for a tap in, while Kevin De Bruyne saw his audacious bicycle kick go over the bar.

In the 64th minute, City found their equaliser via a slice of luck. De Bruyne lifted a cross towards the back post, which evaded everyone and sneaked in, giving his side a crucial away goal in the tie.

The goal swung the balance of the game completely. Pep Guardiola’s men started to dominate the ball while the hosts struggled to create anything and got frustrated, picking up a couple of needless yellow cards.

Seven minutes after De Bruyne’s goal, the Cityzens took the lead. Riyad Mahrez’s free-kick squirmed through a gap in the wall and found the back of the net. Replays showed that Presnel Kimpembe was responsible for the hole.

City continued to control the game and took a further advantage after Idrissa Gana Gueye was sent off. The Senegalese midfielder put in a horrendous challenge on Ilkay Gundogan, raking his studs into the German’s calf, and was subsequently shown a red card.

The away side had a couple more half-chances but played things a bit more safe in the final ten minutes. Mahrez dragged a hopeful shot wide, and Foden hit one straight at Navas.

The game finished 2-1 to City, putting them in an excellent position to reach their first-ever Champions League final.

Man of the Match – Riyad Mahrez

On a memorable night for City, there are a fair few that could have been selected for this award. Ruben Dias did an excellent job keeping Mbappe quiet, De Bruyne got the vital equaliser, and Foden always looked dangerous.

However, it was Mahrez who stepped up to the plate and scored the winning goal. His free-kick may have been fortunate, but it was still a moment of quality to put his side in front.

The Algerian continued to perform after the goal, helping City dictate the game from then on. He could’ve netted a second with a rasping shot late on, which went narrowly wide of the near post.

Competition on the wing spots is high at the Etihad Stadium, but Mahrez may have nailed down a starting berth.

Will this FINALLY be Man City’s year in Europe?

In the last decade, City have been almost perfect domestically. They have won four Premier League titles (soon to be five), two FA Cups and six League Cups.

Along with this, they hold the record for the most points accumulated in a single Premier League season, as well as the most goals scored.

However, one thing has always evaded them, and that’s success on the European stage. Before this season, they had reached the semi-final stage just once in 2016, before exiting rather tamely to Real Madrid.

Sometimes they’ve been unlucky. We all remember the hectic quarter-final against Tottenham Hotspur, which saw them cruelly denied an injury-time winner by VAR because Sergio Aguero was half a step offside in the build-up.

Other times, they’ve been the architects of their own downfall. Throwing away a two-goal lead in the second leg against Monaco, getting convincingly beaten at Anfield, suffering a shock defeat to Lyon – their recent endeavours in the Champions League have not been very impressive.

This time around, things seem different. They went behind against Borussia Dortmund but managed to come back and win the tie.

At the Parc des Princes, they once again conceded the first goal and struggled to get a grip on the game. Neymar looked well up for it, and Marquinhos was keeping their frontline at bay.

But once De Bruyne netted the equaliser, it was all City, and they went on to get the winning goal that they needed. Now they go into the home leg knowing that PSG will need at least two goals to have a chance of progressing to the final.

If they go all the way, it would not only be massive for the club but also manager Pep Guardiola.

One of the biggest marks against the former Barcelona boss is his failure to reach a final in this competition without the superstars he had at Camp Nou. Lionel Messi, Xavi, Andres Iniesta – anyone could win stuff with them, couldn’t they?

Should he get his hands on the trophy once again, it will silence all of Guardiola’s doubters and establish him once and for all as one of the greatest managers of all time.