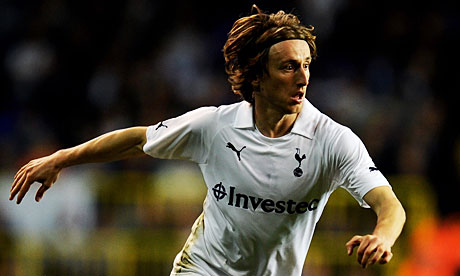 Tottenham Hotspur secured a 3-2 win over Ajax in the second-leg of their Champions League semi-finals last night to book a place in the final against Liverpool.

The north London side had their work cut out for them having suffered a 1-0 loss during last week’s first-leg at home, and things went from bad to worse after they went 2-0 down after 45 minutes.

Manager Mauricio Pochettino introduced Fernando Llorente ahead of the restart, and the decision to go direct produced a massive comeback as Brazilian forward Lucas Moura bagged a hat-trick, including a winner at the death.

Spurs’ reached their first-ever Champions League final thanks to the away-goal rule following the 3-3 draw, and their former player and four-time winner of the elite European competition Luka Modric only had one word for them after the comeback.

The reigning Ballon d’Or winner spent four seasons at Tottenham, but left for Real Madrid without a silverware.

The 33-year-old has since won it all at club level with the Spanish giants, including the last three Champions League prizes.

Modric surely would have been rooting for Spurs last night after Ajax dumped his side out during the round-of-16, and he will be hoping they can go all the way and win their first-ever UCL silverware when they face five-time winner Liverpool in an all-English final on June 1.