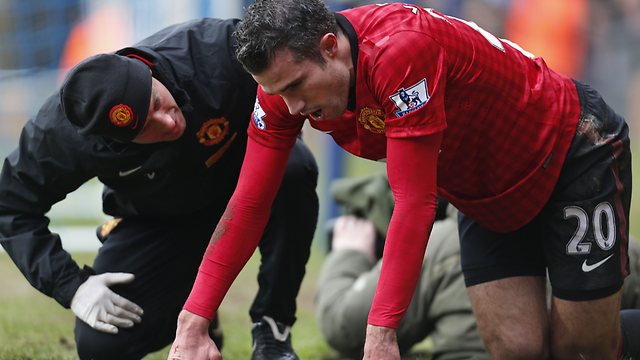 The 31-year-old was with the Netherlands squad during the 2014 FIFA World Cup where they finished third in the summer tournament in Brazil. After that, the former Arsenal striker was on a holiday before returning to his club.

Van Gaal suffered a 2-1 defeat at the hands of Swansea City at Old Trafford in the Premier League season opener, which was the Dutchman’s his first competitive match for the Red Devils.

With the former Barcelona and Bayern Munich suffering his first defeat, he is eyeing to bring Van Persie back into the first team.

“That is a question because we have lost. I think players have to be fit. But we have been training with Robin for three weeks. So the point that he can come in to the selection is close now,” Van Gaal told United’s official website.

“I could not use [Marouane] Fellaini or [Adnan] Januzaj from the first minute today because they came later from the World Cup. Van Persie was a week later than these guys. So I think always you have to be fit.”

The 63-year-old manager started with Wayne Rooney and Javier Hernandez as the two strikers to lead United’s attack against the Welsh club. However, the Mexican international was replaced after the first half after a poor display.

The Red Devils will be hoping to bounce back in their next fixture as they face Sunderland next Sunday.