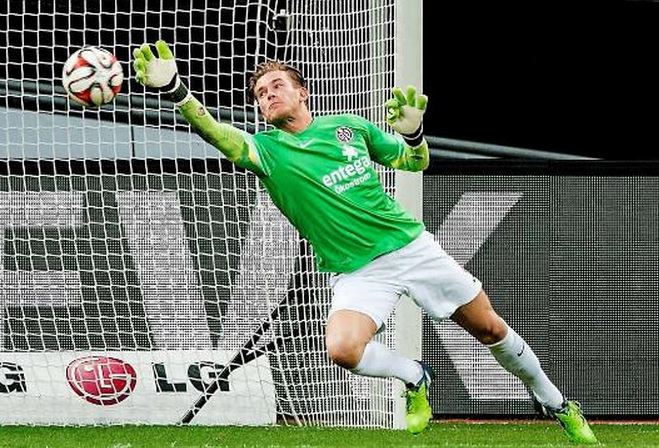 German goalkeeper Loris Karius is all set to finalise his transfer to Liverpool.

The 22 year old Mainz keeper was linked with a move away from Bundesliga over the last few weeks and now the reliable Paul Joyce from Express is reporting that the player is already in UK for his Liverpool medical.

It seems that Jurgen Klopp has managed to convince the young keeper to join him at Anfield.

The player has arrived on Merseyside and will today undergo a medical ahead of sealing a £4.7m move from Mainz.

The report from Express also adds that Klopp is trying to complete a deal for Bayern Munich star Mario Gotze and the Borussia Monchengladbach midfielder Mahmoud Dahoud. Leicester City left back Ben Chilwell is a target for Liverpool as well.