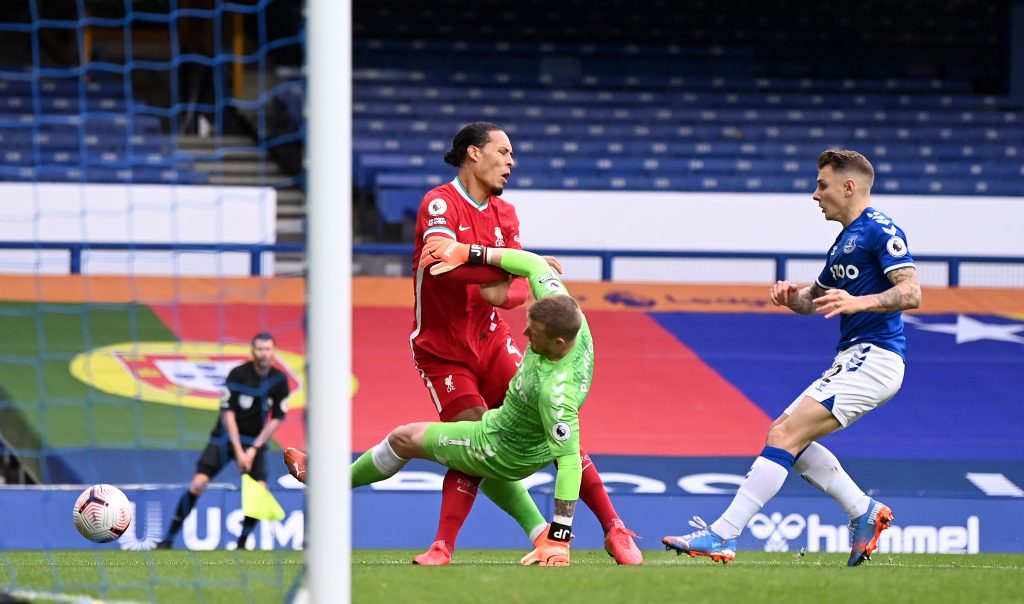 The Premier League is currently rife with injuries. With the sheer mass of fixtures, clubs are struggling to maintain a fully fit squad. Now more than ever, it is proving to be a squad game, with Liverpool being hit the hardest. They have amassed several injuries already this season and here is a list the Reds current injury list:

With a list consisting of ten first team players, the recent surge of injuries has affected Liverpool the most. The extent of each injury differs and some return dates are not clear.

Arguably the best defender in the league, if not the world, any team who loses Virgil Van Dijk to injury would miss him greatly. The Dutchman was injured in a collision with Everton goalkeeper Jordan Pickford in the Mersyside derby, angering many a Liverpool fan.

Pickford’s tackle, if you can call it a tackle, seemed very unnecessary. The challenge possibly deserved retrospective action, however it did not come to fruition. This has ended Van Dijk’s season, a huge blow for the Reds.

A horrible, avoidable injury, things would only get worse for Liverpool.

Joe Gomez picked up a severe knee injury whilst on international duty with England. The usual centre back partner to Van Dijk, Gomez looks like he could miss the rest of the season also.

There is hope Gomez will return to play some part this season, but the outcome is unclear at the stage.

In the 63rd minute of the game against Manchester City, Alexander-Arnold crumbled to the floor with nobody else around him. When a player goes to ground innocuously, the injury tends to be muscle based, that proved to be the case here.

After limping off, it was clear Alexander-Arnold would miss the international games with England. The two week recovery period would of done wonders for the full back, with reports suggesting he is due back some time in December.

Luckily for Liverpool, the injury to Andy Robertson was not as bad as first feared. The left back helped Scotland to qualify for their first tournament since 1998, but subsequently missed the following game against Israel.

You could forgive Liverpool fans for being apprehensive when the news broke about a tight hamstring suffered by Robertson. Nevertheless, it seemed precautionary as Robertson returned to play the full game against Leicester on Sunday.

After returning to his homeland of Egypt, Salah contracted the coronavirus. Salah was on international duty, along with attending his brothers wedding in the process.

Salah remains Liverpool’s main man this season, starting once again, like a house on fire. The reds did not miss him in the comprehensive 3-0 win against Leicester, however that should be the only fixture Salah misses.

The captain, life and soul of this Liverpool squad. It is a surprise to many just how influential Jordan Henderson has become to this Liverpool team. When he was taken off at half time in England’s 2-0 defeat to Belgium, the alarm bells started ringing.

The injury and how it was sustained is unclear. However it is believed to be muscle related.

The date of Henderson’s return is unclear, although Jurgen Klopp will be hoping its sooner rather than later.

Liverpool will be more than pleased Fabinho returned from his hamstring injury when he did. He made it back in time for the Leicester game to partner Joel Matip in defence, another player who recently returned from injury.

Keeping Fabinho fit from here on out will be crucial for the Reds. His versatility will prove to be hugely important during this injury crisis.

Almost a forgotten man at Anfield, Oxlade-Chamberlin has been on the side-lines since August. His recurring issues continued, picking up an injury during pre season.

Once again, the return date is unknown. When Oxlade-Chamberlin does return, Liverpool would have to monitor him carefully due to his constant injury woes.

Liverpool’s, possibly the whole Premier League’s, signing of the summer. Things just hasn’t quite gone to plan for the Spanish midfielder thus far.

After a crunching tackle from Richarlison in the Mersyside derby, Thiago was put on the injury list. It was another nasty challenge in the game, which did receive a red card.

The return date for Thiago is not clear.

As of writing, Naby Keita is the latest casualty in the Liverpool ranks. The midfielder was forced off during Sunday’s game with Leicester, with reports suggesting another muscle problem.

With Keita’s history of injuries, this will worry Jurgen Klopp. The severity and return date, once again, is unclear.

The entire division has never seen an injury crisis like this before. It is reported that there are currently over 100 registered injured players in the Premier League. An unprecedented amount for any stage of the season.

As mentioned quite frequently, muscle injuries seem to be a major problem at the moment and there are many factors that are contributing to this:

Liverpool looked very impressive in the 3-0 victory over Leicester Sunday evening. Without many of their regular first team players, they handled the task with ease.

With new signing Diogo Jota firing on all cylinders, James Milner being as reliable as ever and Curtis Jones looking right at home in the first team, Liverpool’s squad depth is proving to be very strong indeed.

The test is not over yet however. With Virgil Van Dijk and Joe Gomez rumoured to miss the entire season, the centre back area will remain a huge cause for concern.

The champions have continued their winning ways despite all the issues with injuries. Although, only time will tell if the problems become too much for the Reds to handle.