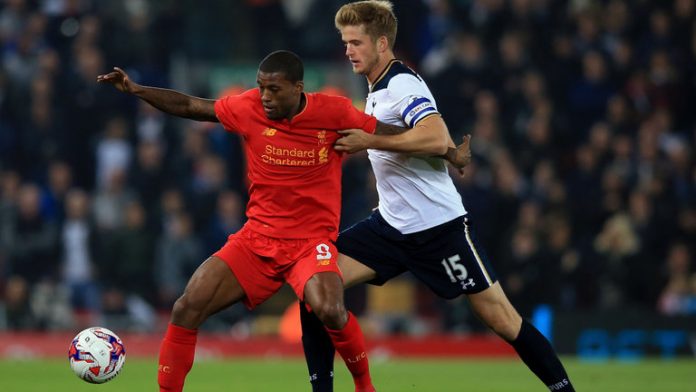 Liverpool have made two changes to their team for Sunday’s Premier League game against Tottenham Hotspur.

Spurs are unchanged following the 2-0 win against Manchester United, but Serge Aurier returns to the bench.

It is seven years since Tottenham last won away at Liverpool, who have won five of the last seven meetings at Anfield.

Spurs have consistently struggled away against the top six sides, winning only one out of 18 games on their travels against under Mauricio Pochettino.

Liverpool will be gunning for revenge having been hammered 4-1 by Spurs at Wembley earlier in the season.

Line-ups are as follows: