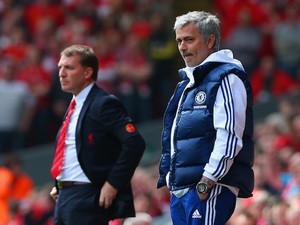 Chelsea travel to Anfield to take on Liverpool in the first-leg of the Capital One Cup semi-final on the back of one of their best performances of the season. At the weekend, the Blues dismantled Swansea City 5-0 in what was believed to be a tough assignment.

Now, Jose Mourinho has a couple of big decisions to make. It is common knowledge that the Portuguese highly values the League Cup, which was his first trophy in English football back in 2004. That success also helped his team to push on in their Premier League title push and lift the trophy in May.

Liverpool and Chelsea have had some memorable encounters over the past decade. Be it in Europe, the cups or the league, meetings between these two are always feisty. Even though there has been a major power shift towards Chelsea in the past few years, the Reds will believe that they can produce something special in front of the Kop.

Ahead of Tuesday’s clash, we look back at the best #LFC v #CFC encounters of the last 10yrs: http://t.co/EwutTqv3dd pic.twitter.com/TtU9LzfunQ

The Capital One Cup, in the past this season, has been seen by sides, including Chelsea, to give a few second-team players opportunities to prove themselves. This time though, it may be slightly different. At the semi-final stage, we are very much in the business end of the competition, and both sides are expected to field strong sides and go for the win, as I wrote earlier.

The following are 3 key decisions Mourinho will have to take on Tuesday:

1) Stick with the same spine?

The footballing phrase – “Why change a winning team?” very much applies to the situation Mourinho faces at the moment. He watched his side put in a supreme display on Saturday against a very good Swansea side. They outclassed their Welsh opponents in every department, and even though the 5-0 scoreline was emphatic enough, it could have been a lot more. Therefore, it will make a lot of sense for the manager to stick with more or less the same side. 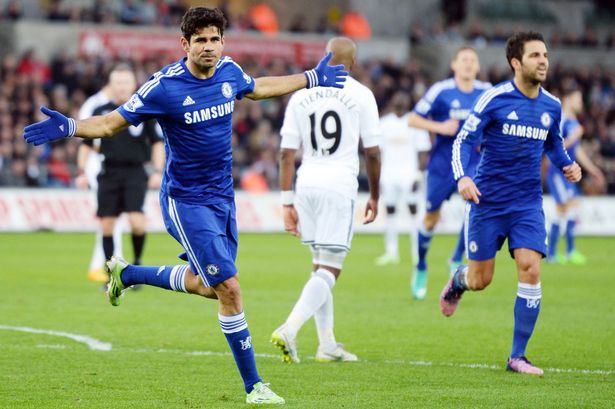 Another big reason is the fact that Chelsea do not have a Premier League game coming up following this match. On Saturday, they will face Bradford City in the fourth round of the FA Cup. This provides them the opportunity to play the likes of Loic Remy, Andre Schurrle, Mohamed Salah and other second-team players. Mourinho doesn’t need to do it against Liverpool and can opt to go with a strong side.

When Chelsea visited Anfield earlier on in the Premier League this season, Mourinho opted to go with a midfield three. Dropping Willian to the bench and pushing Oscar out to the right, he went with Ramires, Nemanja Matic and Cesc Fabregas in midfield. It worked wonders and Chelsea dominated the game throughout and came away with all three points. It may therefore be something we see again on Tuesday night. Ramires’ lack of game time of late may well see Mourinho going with John Obi Mikel in place of the Brazilian.

3) A risk worth taking with Costa:

Diego Costa has been phenomenal in the league for Chelsea, but is yet to feature in the Capital One Cup thus far. In this game, I expect Mourinho to go with first XI, and that very much includes the Spanish striker. There have been injury concerns in the past when he has played more than one game a week, but following this match, he will be given a long and well-earned rest. If Chelsea can come away with a win and more or less seal the tie tomorrow, he will not be needed in the second-leg at Stamford Bridge either, leaving him fresh and ready for the game against Manchester City on the last day of the month. It was Costa who scored the winner against the Reds at Anfield in the league in November, and after his brace at the weekend, he will be expected to deliver again.