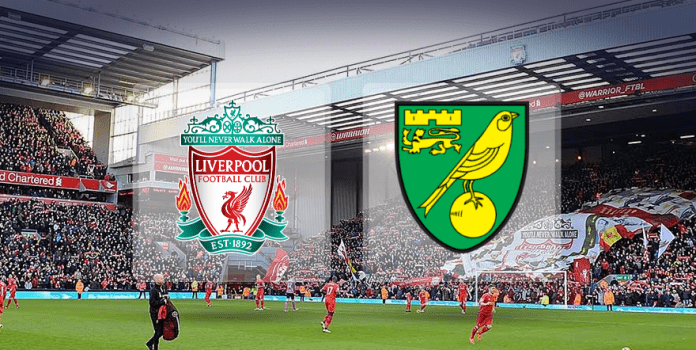 Liverpool are up against newly-promoted Norwich City at Anfield Sunday afternoon, two days after returning back from France following their Europa League commitments. The Reds are in the middle of a bad patch of results, which was slightly offset by a hugely unconvincing performance en route a draw at Bordeaux on Thursday evening.

After last weekend’s meek surrender at Old Trafford, the pressure is heavy on manager Brendan Rodgers’ shoulders, but if past records were to have a say, then the Ulsterman has a pretty comfortable fixture awaiting him against Norwich. In his four previous league outings against the Canaries, Rodgers has a perfect record of four wins and has overseen his team scoring 18 goals whilst conceding just 5.

Norwich under Alex Neil have made a solid start to their season and currently sit one place above their weekend opponents by virtue of superior goal difference. The Canaries have an identical record to the Reds, but have scored five more goals than Liverpool this season. Last weekend’s 3-1 win over Bournemouth was the second time they had scored three goals in a game this season.

While Liverpool’s problems at the back have been well-documented after back-to-back three-goal concessions, they have also failed to fire as an attacking unit. Despite bringing in expensive attacking reinforcements over the summer, the Reds have mustered just three goals in their five games so far.

Anthony Taylor will officiate the game, with Peter Kirkup and Andy Halliday his assistants while Andre Marriner will be the fourth official.

Liverpool captain Jordan Henderson missed the Reds’ two previous games since sustaining a foot injury midway during the game against Arsenal last month. The midfielder is a major doubt for Sunday’s game, while fellow midfielder Joe Allen is also out with hamstring injury. Star striker Daniel Sturridge has returned to first team training but the Norwich game could be too soon for him to make a return to the side.

Kolo Toure clashed with goalkeeper Simon Mignolet in the Bordeaux game and is suffering from a dead leg, while long-term absentee Jon Flanagan has not yet recovered from his knee injury. Midfielder Philippe Coutinho is expected to return to the starting XI after sitting out last weekend’s loss to Manchester United through suspension.

Norwich will be without the services of Andre Wisdon, as being on loan from Liverpool he cannot play against his parent club. Summer arrival Youssouf Mulumbu is still out with a foot injury, while striker Gary Hooper hasn’t yet recovered from his ankle injury. The rest of the squad is fit for selection with the exception of striker Lewis Grabban, who is lacking in match fitness.

Neil is expected to stick with the eleven that won against Bournemouth, with the exception of Wisdom, who is set to be replaced by Steven Whittaker.

10 – Liverpool are unbeaten against Norwich in the last 10 meetings between the two sides, winning nine of them.

5 – 5 or more goals have been scored in the last four league meetings between the two clubs.

3 – Liverpool are on a two-game losing streak and should they lose against Norwich on Sunday, it will be the second instance that a Liverpool team under Brendan Rodgers have managed to lose 3 consecutive game in the league (last time in November 2014)