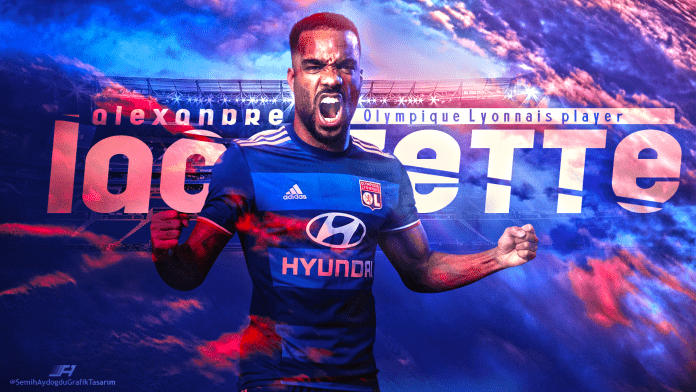 Alexandre Lacazette has been linked with a move to the Premier League for a while now.

French outlet SFR Sport are reporting that Liverpool, Arsenal and Tottenham are interested in signing the player at the end of this season.

The report also adds that Liverpool are currently leading the race to sign the Lyon striker who is expected to cost between €46-58 million.

Recently, the player confirmed his desire to join a new club in the summer and a move to Liverpool would be ideal for him.

Jurgen Klopp has just one established striker in the form of Daniel Sturridge and the English forward is often injured. Lacazette would add much-needed depth to the Liverpool attack. The Reds are in desperate need of a reliable goal scorer if they want to challenge for the Premier League.

The French attacker is capable of playing across a front three because of his pace and flair.

Lacazette has been one of the best young forwards in Europe over the last 3 seasons now and will be a terrific addition to Liverpool if they can pull it off. The Frenchman has scored 81 goals in his last 115 appearances for Lyon. The 25-year-old has scored 27 goals in 31 games so far this season. 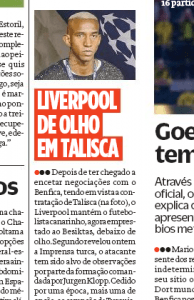 In other news, Portuguese outlet O Jogo are reporting that Klopp wants to sign the Brazilian attacking midfielder Anderson Talisca as well.

The report claims that Liverpool have already held talks to sign the 23-year-old and work permit won’t be an issue if the Reds went ahead and signed the player in summer.

The Brazilian is currently on loan at Besiktas and Liverpool would need to fork out around €25m to sign the Benfica player permanently at the end of this season.