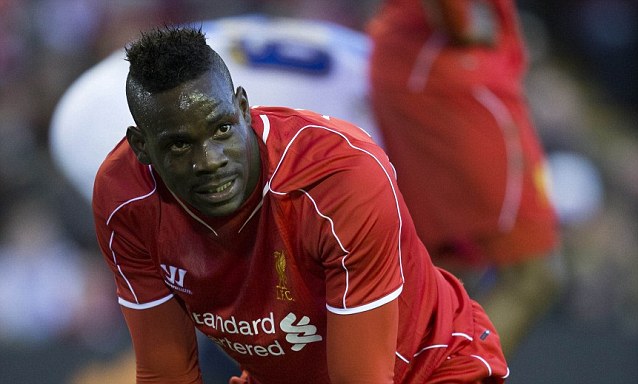 Mario Balotelli’s career at Liverpool looks to be more or less over, with the signing of Christian Benteke and Danny Ings in the summer. Brendan Rodgers has more or less made it clear that he wants a new forward line, with last season’s trio of Fabio Borini, Rickie Lambert and Balotelli faring miserably in front of goal.

Italian club Sampdoria have made contact with the striker for a possible move back to his home country. According to Gianluca Di Marzio, the first step was taken today , as club officials met Balotelli’s agent Mino Raiola. The player, who made his name in Italy with Inter Milan, has been at his best in the Serie A, also having a prolific record with the Nerazzurri’s neighbours AC Milan, where he spent the 2013/14 season. In between the two stints at the San Siro, he played in the Premier League with Manchester City where, despite winning a Premier League title, he was more often in the news for the wrong reasons.

He returned to England last summer, with Brendan Rodgers paying £16 million for his services. Balotelli though, hardly repaid that faith with his performances last year, managing just 4 goals in all competitions and just 1 in the Premier League. If anyone was hoping that he could fill the boots of the departing Luis Suarez, he was left severely disappointed.

Now, with Benteke and Ings coming in, he has been pushed down the pecking order. Daniel Sturridge’s return from injury will make playing time for Balotelli even harder to come by.

A return to Italy would probably be the best move for him at this stage in his career, but his weekly wages of £110,000-per-week is something Sampdoria cannot afford to pay. This is the biggest hurdle standing in the way of the move. There is a possibility that he moves on a loan deal, which would see Liverpool continue to pay his wages.