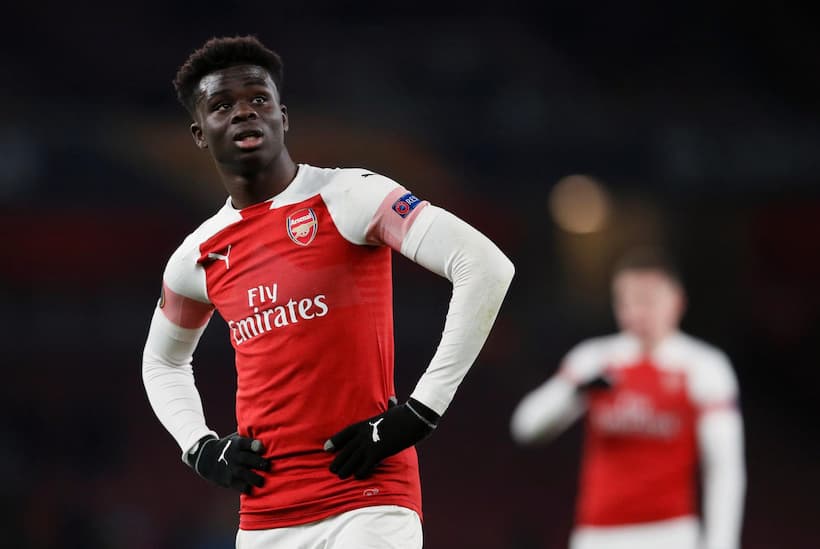 Liverpool are looking to improve their midfield and attacking options with the signings of Bukayo Saka and Franck Kessie.

Liverpool are reportedly interested in signing the Arsenal winger Bukayo Saka.
The youngster’s contract expires in the summer of 2024 and the Reds are keen on securing his services at the end of this season.
According to a report from the Transfer window podcast, the Arsenal winger is interested in a move to Anfield as well. However, the Gunners are determined to tie him down to a new long term contract.
The 20-year-old has firmly established himself as one of the most exciting young attackers around Europe right now and losing him would be a massive blow for Mikel Arteta and Arsenal.
Saka has been a key player for the Gunners so far this season and the 20-year-old has scored five goals and picked up four assists in 19 Premier League appearances this season.
Liverpool could definitely use a quality young winger like him to replace someone like Sadio Mane, who has not been at his best for months now.
Saka would add goals, flair and creativity to Jurgen Klopp’s attacking unit.
Furthermore, the 20-year-old is far from his peak right now and Klopp could help him achieve his world-class potential at Anfield.
The Reds might be able to offer him regular Champions League football and a lucrative contract as well and it remains to be seen whether the Gunners can fend off the interest from their Premier League rivals and convince the player to commit his long term future to the London club.

Meanwhile, the Reds are thought to be interested in signing the AC Milan midfielder Franck Kessie.
As per Ansa, the 25-year-old midfielder has received a very interesting offer from the Premier League giants and it will be interesting to see whether he is prepared to accept the move to Anfield.
Kessie will be a free agent at the end of the season and Liverpool could secure a pre-contract agreement with him next month.
The midfielder will be allowed to finalise a move to a foreign club ahead of the summer window. A pre-contract agreement next month would allow Liverpool to snap up Kessie on a free transfer at the end of this season.
Join 888sport and enter bonus code BOX45 to get £45 in Free Bets when you bet £10 on any football match.
Tags
AC Milan Arsenal English Premier League Liverpool Serie A Transfer News & Rumours