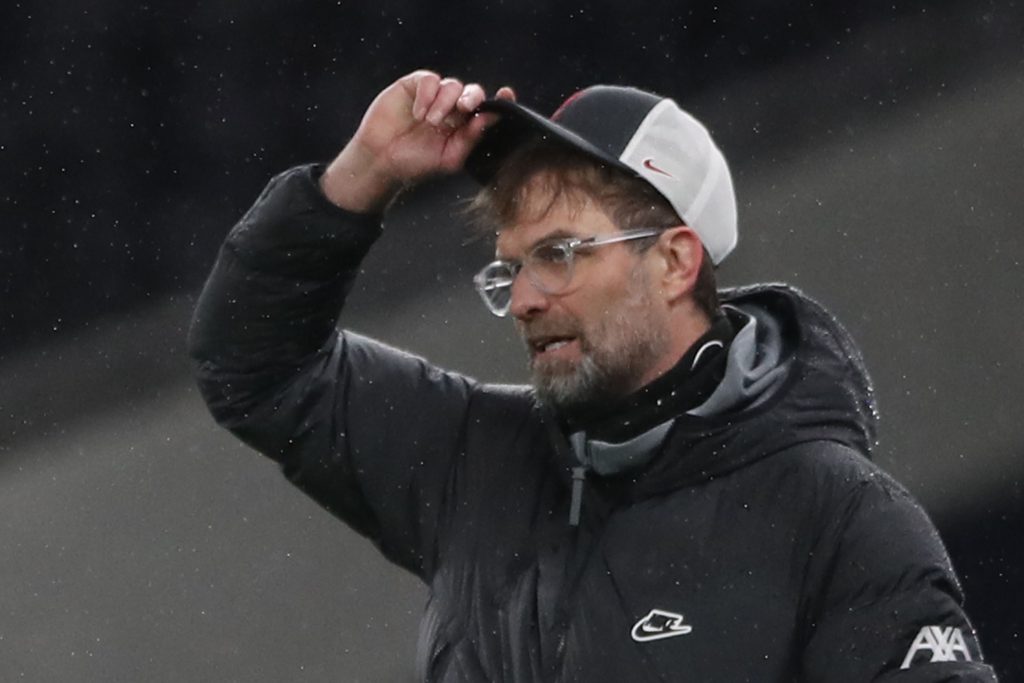 Liverpool’s 3-1 victory at Tottenham Hotspur on Thursday proved that they will not give up the Premier League title without a fight.

However, injuries to Fabinho and Joel Matip have left the Reds without any of their first choice centre-backs heading into a crucial part of the season.

At his post-match press conference, manager Jurgen Klopp insisted that he won’t bring in reinforcements just for the sake of it.

“It’s about doing the right thing it’s not, I’m not picky or whatever, but we need to find the right player.

“We have players, still not a lot to be honest in the defensive line, it’s incredible what’s happening there. It’s really incredible.”

However, their cause was helped by Harry Kane’s withdrawal at half-time, leaving Spurs fairly toothless after the break.

With four centre-backs now on the sidelines, the phrase ‘desperate times call for desperate measures’ undoubtedly springs to mind where Liverpool are concerned.

Under normal circumstances, Klopp’s comments about signing the ‘right player’ would make perfect sense, but Liverpool must act before the transfer window closes.

If the club are serious about retaining the title, the time has come for the owners to put their hands in their pockets to strengthen the defence.

The ‘right player’ is out there if the board is willing to spend. The next three days will tell us much about their ambitions.