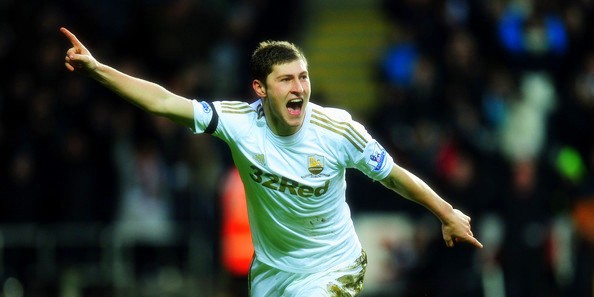 After securing Lazar Markovic from Benfica, Liverpool have shifted their attention towards signing a quality left-back. The Reds are heavily linked with a move for Sevilla’s Spanish left-back left-back Alberto Moreno but are finding it hard to negotiate a deal for the 22-year-old.

This week, officials from Liverpool flew to Sevilla to conclude a deal for Reds striker Iago Aspas. The Spaniard has joined Sevilla on a season long loan, with the La Liga outfit holding the option of signing him permanently next season. 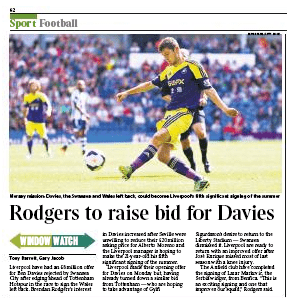 Liverpool might have also discussed about the possibility of signing Alberto Moreno in that meeting with Catalan newspaper Sport claimed yesterday that Liverpool had offered €23m for Moreno, which they believe was enough to secure the deal.

However, English press feel that Liverpool are unwilling to match the asking price for Moreno, thought to be in the region of £20m, as a result of which attempts are being made to look at other possible alternative options. According to the The Times, Liverpool had lodged an £8m offer for Swansea left-back Ben Davies, which was rebuffed.

The Merseyside outfit are hoping to make the 21-year-old their fifth significant signing of the summer and are prepared to raise the bid for the Welsh left-back, who has also caught the attention of North London club Tottenham Hotspur. Jose Enrique, who missed almost whole of last season through injury, has regained his full fitness but Liverpool feel the need to add another quality left-back to cover that area.

Well, Davies is certainly not the high profile name Liverpool fans probably want to see, but Brendan Rodgers knows him very well and feels the player has the potential to establish himself as a regular for the Anfield club.