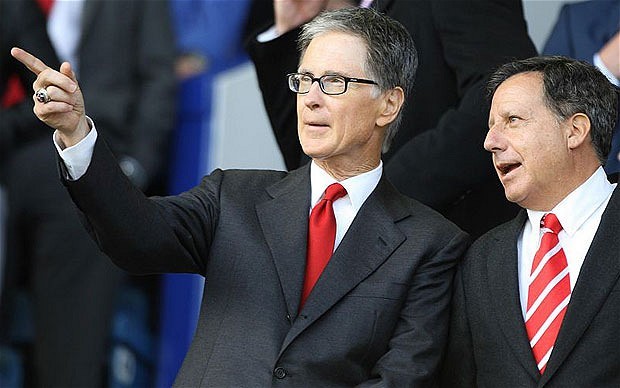 Principal owner John W Henry and chairman Tom Werner were shocked to see around 10,000 Liverpool fans walking out of Saturday’s Barclays Premier League match against Sunderland in the 77th minute in a protest against the decision of increasing the match day ticket to £77 and the club’s season ticket to over £1,000.

They were also stunned with the abuse hurled at them, with the fans chanted “You greedy bastards, enough is enough” before walking out. It prompted them to enter into a swift discussions with the senior management at Liverpool.

The Liverpool owners understand that the connection with the fans is “unique and sacred” and that is why they have acted swiftly to prevent further damage to their relationship with the Liverpool supporters.

Fenway Sports Group released a lengthy statement on the club’s official website on Wednesday night. It runs as follows:

It has been a tumultuous week. On behalf of everyone at Fenway Sports Group and Liverpool Football Club, we would like to apologise for the distress caused by our ticket pricing plan for the 2016-17 season.

The three of us have been particularly troubled by the perception that we don’t care about our supporters, that we are greedy, and that we are attempting to extract personal profits at the club’s expense. Quite the opposite is true.

From our first days as owners we have understood that serving as custodians of this incredible institution is a distinct privilege and as such, we have been driven solely by the desire to return LFC to the pinnacle of football. In the world of modern football, growing the club in a sustainable way is essential to realising this objective.

To that end, we have never taken a single penny out of the football club. Instead we have injected vast sums of our own money to improve the playing squad and modernise LFC’s infrastructure – exemplified by the £120 million advance from FSG to build the new Main Stand. This massive undertaking was made in order to provide more supporters access to Anfield and also to produce additional revenue to help us compete financially with clubs that have greater resources. When it opens in August this year, the stand will accomplish those goals, thereby fulfilling a promise we made upon acquiring LFC in 2010.

This swift change of decision from Liverpool’s board is seen as a major victory for fan power. Fans of other football clubs have had vented (albeit in scattered manner) frustrations against the rising ticket prices, but in most cases, the club owners turn a deaf ear to such catcalls. In case of Liverpool, it was an organised protest that received a widespread reaction from their global fan base.

FSG have announced a number of changes to their initial proposals in a structure which will also remain for the 2017/18 season.