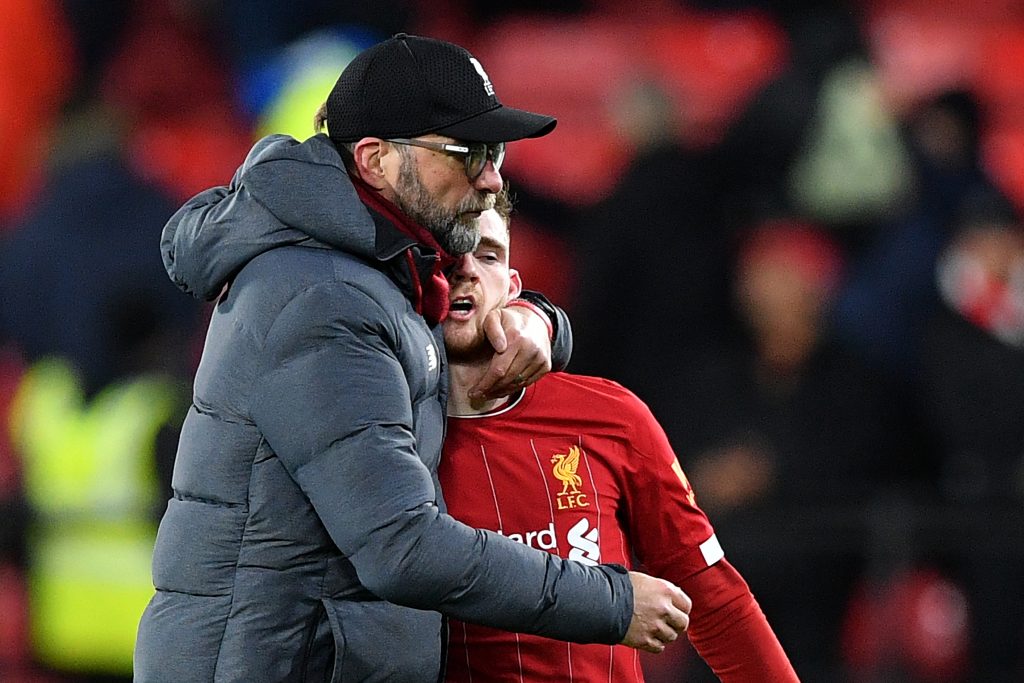 Liverpool lost for the first time in the Premier League last weekend. The Reds’ 44-game unbeaten run was finally ended by Watford after Jurgen Klopp’s side were beaten 3-0 at the Vicarage Road.

Jurgen Klopp’s side are still on course to lift the Premier League title but it was a result that no one saw it coming.

It was a very ordinary performance from the Reds, but credit must go to the relegation strugglers for showing great resilience. The Liverpool defence was run ragged by Watford forwards, while the Reds failed to create enough clear-cut chances against the Hornets.

According to James Pearce of the Athletic, Klopp usually delivers his verdict on the match the following day and prefers not to speak at length when the emotions are running high.

Liverpool midfielder Gini Wijnaldum has revealed what Klopp told the team after the game. The Dutch midfielder has said that the Liverpool boss was ‘just honest’ about the situation.

“I’d say he was just honest when he spoke to us for a few minutes afterwards,” said Georginio Wijnaldum to The Athletic. “He talked about how we’ve had an unbelievable run but we can’t close our eyes to what happened in this game. He said we have to take it on the chin, assess where it went wrong and then work to put things right.

“It’s really painful and difficult to take. Losing hits you a lot harder when you haven’t lost in the league for such a long time. Nothing seemed to work for us. We have to learn from it and do better.”

The Reds will face Chelsea next in the FA Cup and Klopp should be looking to field a strong side for the game. Liverpool are expected to win the Premier League, but they must also focus on winning the other two competitions they are in.