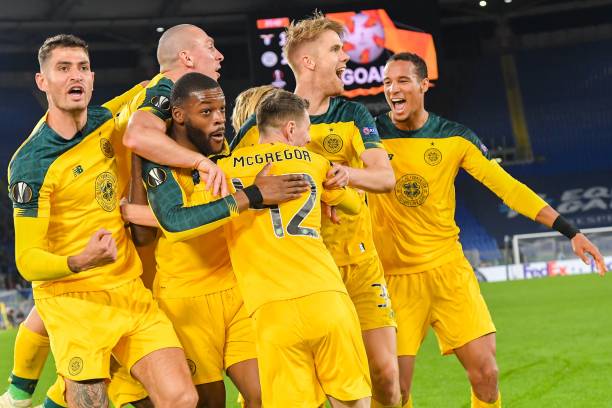 Celtic secured their first-ever away win against an Italian side at the 13th time of asking following last night’s 2-1 win against Lazio in the Europa League.

Despite going down to Ciro Immobile’s volley seven minutes into the clash, James Forrest’s first-half equalizer and Olivier Ntcham’s stoppage-time goal earned Neil Lennon’s men all three points and a place in the knockout stages of the competition.

Celtic top Group E with 10 points following three victories and a draw in four games, and they will now look to stop CFR Cluj – currently on nine points – from finishing as group leaders in the next two games.

Liverpool star and Scotland international Andrew Robertson enjoyed the game and its result, and here is how the childhood Celtic fan reacted to it on Twitter:

Celtic’s 2-1 victory against Lazio at Parkhead a fortnight ago was their first against an Italian side in 12 years, and they have now avoided defeat in their opening four games of a Europa League campaign for the first time.

The Scottish Premiership giants are proving to be more than local champions this season given their impressive European campaign, and it will be interesting to see how far they can go with the stiffer tests ahead.