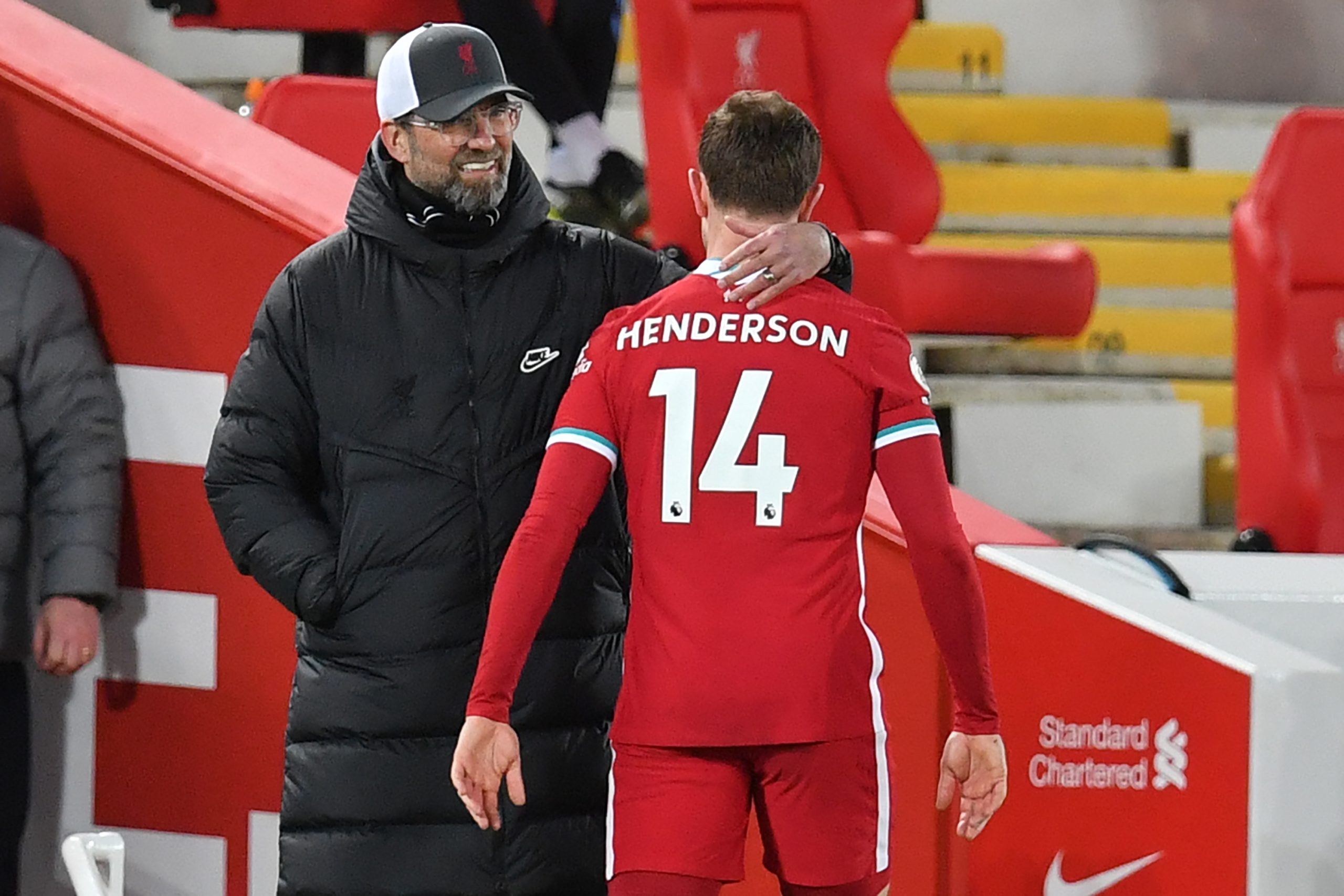 According to The Sun, Liverpool captain Jordan Henderson is facing 12 weeks out with a groin injury, and he will discover today if he will need to undergo surgery having had scans on Monday.

The Reds are genuinely concerned that an operation may be the best bet when the results come out, but the England international is still likely to miss at least seven games even if surgery is not needed.

Henderson sustained the knock during Saturday’s 2-0 loss at the hands of Everton at Anfield, and it has further dealt a huge blow to Jurgen Klopp’s plans.

Liverpool are currently without centre-backs Virgil Van Dijk, Joe Gomez and Joel Matip, and their skipper has had to play in that position.

Fabinho missed the Merseyside derby due to injury, and with January signing Ben Davies not fully fit after picking up a knock in training, the Reds will have to continue with Ozan Kabak and Nat Phillips as their first-choice centre-back pairing, with Rhys Williams providing cover.

Liverpool have seen injuries derail their campaign, and potentially having Henderson out of the equation would make things worse.

Apart from their centre-back trio and Fabinho, James Milner and Naby Keita have also struggled with injuries while summer signing Diogo Jota has been sidelined since December.

With the European Championships kicking off in June, England manager Gareth Southgate will also be worried about Henderson’s injury.

Should he need surgery, the midfielder may have to wait until May before starting to train fully, and he may not be fully fit in time to play a role in the tournament.

In other news, Liverpool are reportedly keen on this Serie A centre-back.