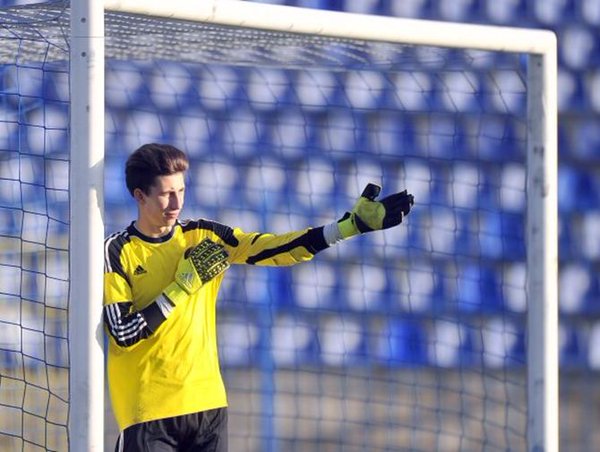 Liverpool have signed Polish goal keeper Kamil Grabara, according to reports from The Guardian.

The highly-rated Poland Under-17 international, was at Melwood on Wednesday to undergo a medical and finalise terms. Andy Hunter reports the deal is as good as done.

According to the report, Grabara had trials with both Manchester United and Manchester City after attracting widespread attention at Ruch Chorzow.

As it stands, he has now agreed a move to Anfield for an initial £250,000. The Polish keeper is likely to be drafted into the academy system at Liverpool.

Earlier in the day, Liverpool have confirmed the signing of Serbian midfielder Marko Grujic, who completed the £5.1m transfer from Red Star Belgrade.

The 19-year-old midfielder has signed a four-and-a-half year deal at Anfield but he will not be a part of the Reds squad this season, as he will be loaned back to Serbia’s league leaders for the rest of the season.

Liverpool are considering their options for a central defender in January, as Klopp is severely lacking options in that department following injuries to Skrtel, Sakho and Lovren.

According to the Guardian, Tiago Ilori is likely to return from Aston Villa once his season-long loan deal is cancelled. Klopp may look to sign one or two defenders, with Joel Matip and Neven Subotic are being linked recently.