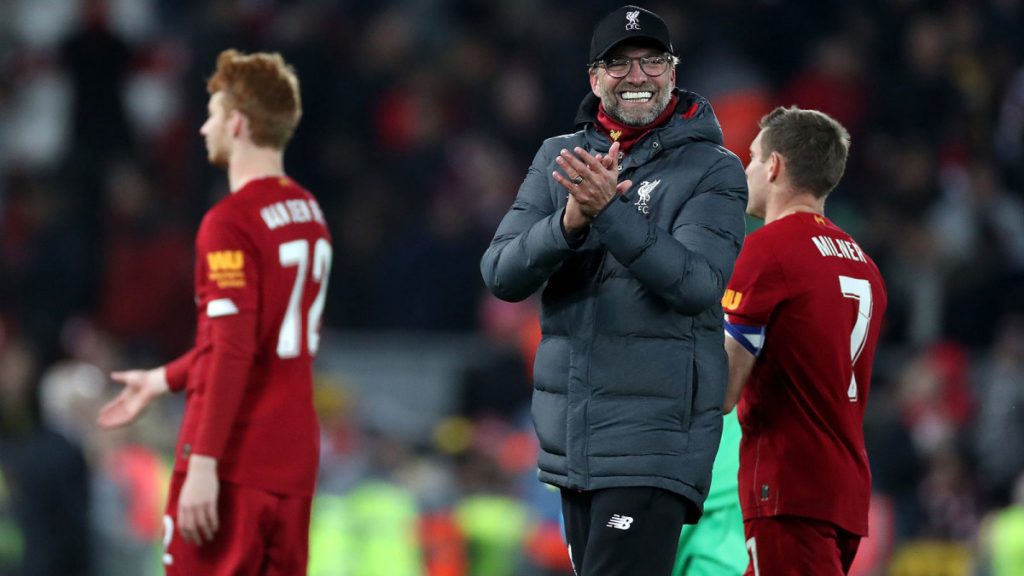 December could turn out to be a rough month for Liverpool. The Reds are flying high in the Premier League right now with a  six-point lead over Manchester City heading into the clash against them on Sunday.

However, the intense bout against the defending champions won’t be the only tough task in store for them. In mid-December, Jurgen Klopp’s side are set to play twice in as many days, with fixtures of the Carabao Cup and FIFA Club World Cup clashing against each other.

After defeating Arsenal in the Carabao Cup, they are all set to take on Aston Villa on 16th December, before participating in the Club World Cup semi-finals one day later on the 17th.

As a result, they’ve confirmed that the club will play two different squads simultaneously to tackle the rigorous schedule, with one travelling to Qatar and another to take on Villa.

Liverpool also took time to thank the EFL for being cooperative with them when it came to scheduling the Carabao Cup quarterfinals bout.

They said, “We would like to thank the EFL for their efforts to accommodate us and we can confirm alternative dates were discussed, but ultimately none were considered suitable without compromising the scheduling of the competition itself or placing an undue strain on our playing staff.”

Jurgen Klopp had threatened to withdraw from the Carabao Cup after the win over Arsenal if the scheduling asked too much of them. But that stance seems to have softened and when speaking about the scenario, he gave the Club World Cup more importance.

He explained, “Do you want me to be really in trouble with Fifa? No. Do we want to be in trouble with the EFL? Probably not. You only play the Club World Cup if you win the Champions League and that doesn’t happen in your life five million times. You have to take the opportunity.”

Klopp also reiterated that he will make a decision in the next couple of weeks to decide which players will participate in the Club World Cup and which will stay home for the Carabao Cup.

He said, “We have an idea how we do it but it’s too early to speak about it. We made a decision because all the other alternatives were more problems than solutions.”

“This is how we can do it as good as possible for us. In these next couple of weeks we will make a decision about how it will look exactly but, in the end, they will play a Liverpool team 100%.”, he confidently exclaimed.

With the holiday season piling up the pressure, Liverpool are in for a wild ride in December as they aim to compete on all fronts and retain their utmost performance-level to entertain fans all around.