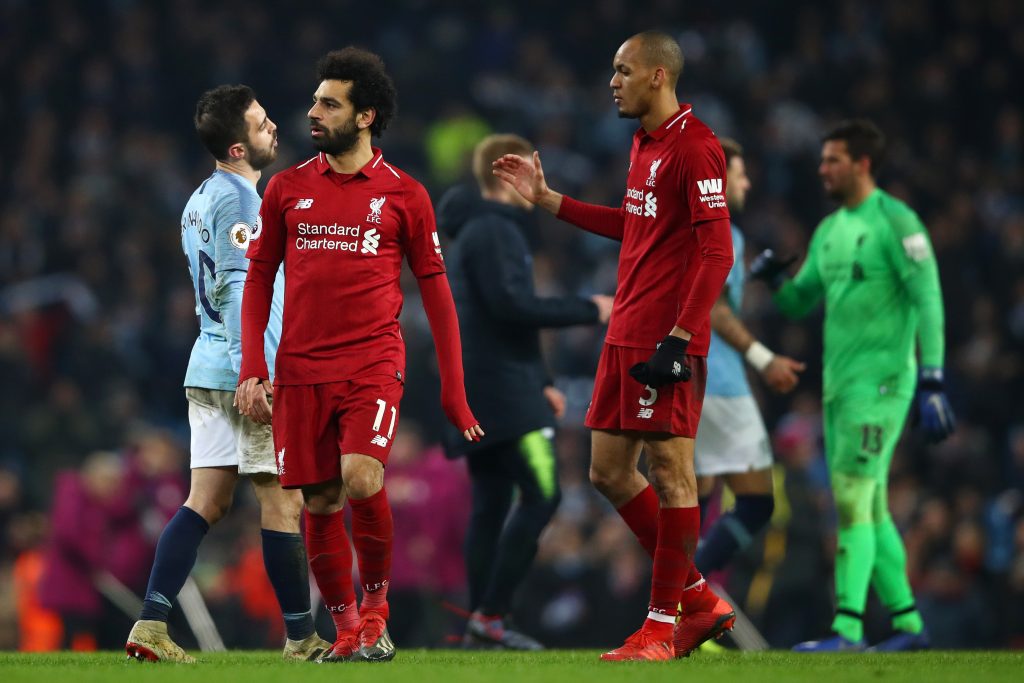 Liverpool midfielder Fabinho says he is confident that Mohamed Salah will resist the temptation to leave Liverpool.

The Egyptian forward has previously confirmed that he admires Real Madrid and Barcelona, sparking talk that he could one day move to Spain.

However, Fabinho has told Sky Sports that it is no surprise that players of Salah’s stature are linked with moves to big clubs.

“Big players will always have their names involved in rumours,” said Fabinho.

“Salah plays for Liverpool, one of the biggest teams in the world. So I think it’s normal to see his name linked to other teams, especially from different leagues.

“Anyway, I see him very happy here and pleased with his performances this season. He’s very demanding with himself; he wants to be the best, he wants to help the team and works hard for it.

“It’s always been the case, and it hasn’t changed at all. He keeps scoring goals, which everyone is used to seeing. In the changing room, he’s always talking to everyone and making jokes.

“I don’t see anything affecting him. Overall, I am not following the news, so I’m not sure about any rumours. As I said, top-quality players will always be linked to big clubs.”

With two-and-a-half years left on his current contract, Salah is in an interesting phase of his career.

He turns 29 in June, and next summer is likely to be his last chance of joining one of the big two in Spain.

Salah has nothing left to prove at Anfield having played a key role in the club’s success over the past few years.

The opportunity to cement his status as one of the world’s best players by moving to La Liga may prove too tempting to ignore.

Liverpool are a big club in their own right, but the lure of Madrid or Barca is one which most players are unable to resist.