Devastating blow for Liverpool, star player could be out for the season

Liverpool have been dealt another massive injury blow after it was reported that the club’s best defender Mamadou Sakho could be out for the season with cruciate ligament damage.

The French centre back jarred his knee after landing awkwardly during Liverpool’s 2-1 defeat at the hands of Crystal Palace on Sunday.

Although Sakho tried to jog it off, the former PSG man had to come off with discomfort eventually.

Sakho was pictured leaving Anfield on crutches after the game and the player was due to arrive for scans earlier today.

Although reports of the scan are yet to be revealed, James Pearce of Liverpool Echo has reported that there is a fear that Sakho might have damaged his cruciate ligaments.

Liverpool are already without Ings and Gomez for the rest of the season. Both players damaged their cruciate ligaments earlier and Sakho could join them.

The imposing centre back has been the key behind Liverpool’s 11 game unbeaten run that ended after his substitution against Palace.

Furthermore, Martin Skrtel’s message on instagram has fuelled rumours that Sakho could be out for the season. The Slovakian wished Sakho a speedy recovery and asked him to stay positive. 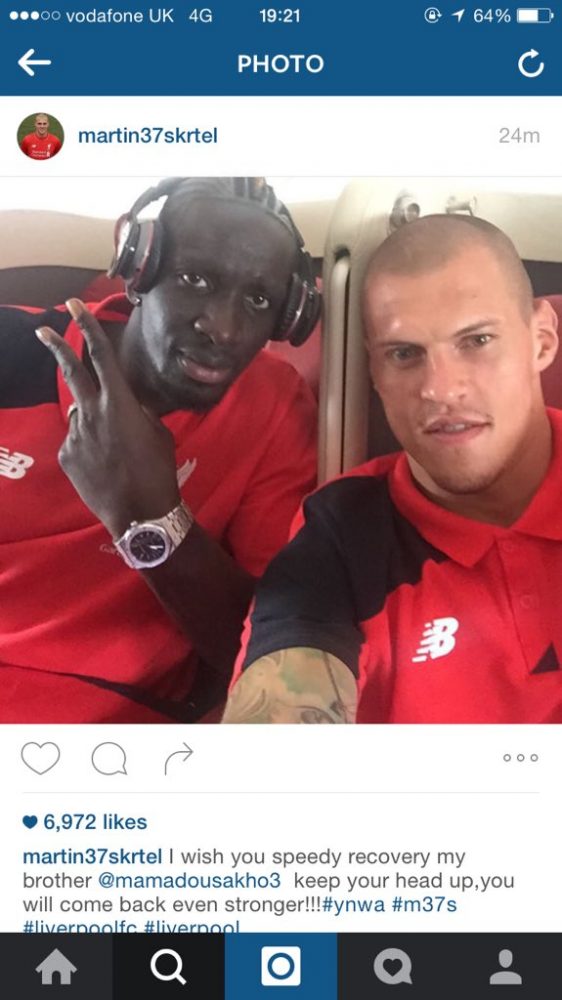 Klopp is already without the likes of Henderson, Sturridge and Milner. If Sakho is sidelined with an ACL, Liverpool’s season could be well and truly over.

Rebuilding Liverpool back into the force they once were is an arduous task in itself and Klopp’s job will be harder now with his best players out for several months.