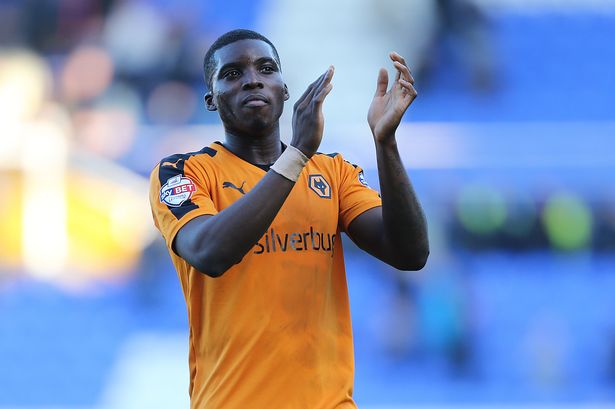 Liverpool are set to recall the highly rated 18-year-old wide forward Sheyi Ojo from his loan spell at Wolves.

According to Liverpool Echo, Ojo’s return will be confirmed later today and he is expected to feature in the Reds squad for the FA Cup third round tie at Exeter tomorrow night.

Liverpool are plagued with injuries at the moment and Klopp decided to recall the winger to fill in for the injured Brazilian midfielder Philippe Coutinho.

The Liverpool star picked up a hamstring injury during Liverpool’s League Cup semi-final at Stoke on Tuesday.

Since joining them on loan, Ojo has made 17 appearances for Wolves, including five starts and scored two goals.

Liverpool have also decided to recall the likes of Ryan Kent and Tiago Ilori from their respective loan spells at Coventry and Aston Villa.

Ojo can be a handy option for Klopp at the moment. The youngster can operate as a wide forward or a traditional winger.