Liverpool’s need for a backup goalkeeper to Simon Mignolet has been well documented this season. The Belgian has repeatedly made mistakes beneath the posts and manager Brendan Rodgers is already on the lookout to sign a goalkeeper in the upcoming January transfer window.

A report from German website Kicker has published a story that the Reds will look to sign FC Koln’s young and impressive shot stopper Timo Horn. The 21 year old is regarded as Germany’s best upcoming goalkeeper. Horn had a brilliant start to the season keeping 4 clean sheets in as many games. He thus went 365 minutes without conceding a goal which is a Bundesliga record. Horn was also voted the fans’ player of the season in 2013-14 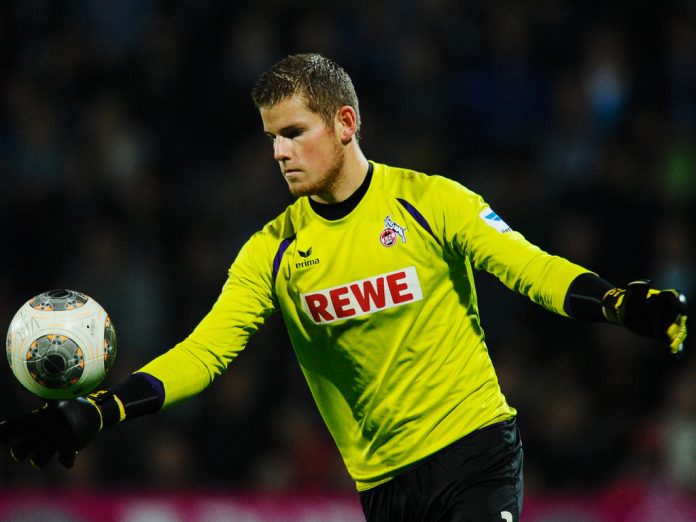 The recent performances have attracted interests all over England with Liverpool currently leading the queue to sign him despite the player having a contract till 2016. The report also clearly mentions that Koln will try to open talks with Horn over a possible contract extension to thwart away foreign interests. The Club Sporting director Jorg Schmadtke also confirmed: “We are in good conversation and hope to report after the winter break execution.”

Should Liverpool fail to sign Horn, reports from the trusted and reliable Italian media outlet TMW, claim that the Anfield side will look to Genoa’s Mattia Perin. But the Italian club who are hard to deal with would hardly allow their prized asset to leave in the upcoming winter transfer window.