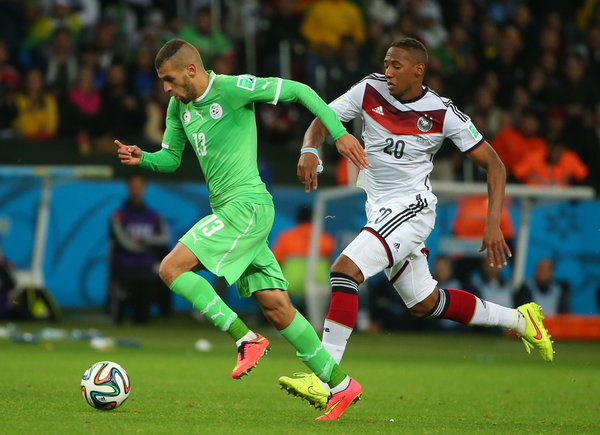 Liverpool have signed as many as seven players this summer but there could be more transfers to follow in the coming days.

The forward department is one area where Liverpool are stocked with quality players, however, Klopp may still sign a striker if Christian Benteke is allowed to leave.

Liverpool already have Daniel Sturridge, Divock Origi and Danny Ings as specialist strikers in their ranks Roberto Firmino has been used in the false 9 as well.

According to reports from Portugal newspaper O Jogo, a host of Premier League clubs including Liverpool, Arsenal and Leicester City are interested in signing Sporting striker Islam Slimani, who is keen to leave the club for new pastures this summer.

Slimani trying to force his exit out of Sporting, won’t play this weekend in league opener. #AFC and #LFC interested pic.twitter.com/DLzow2mlCJ

The 28-year-old striker joined Sporting in 2013 from CR Belouizdad and has scored 31 goals in 44 games in all competitions last season. He wants to move to a bigger league and has stopped training in the last few days.

Arsenal are also mentioned as an interested club for Slimani. The Gunners are looking to sign a striker this summer, with Inter Milan’s Mauro Icardi being heavily linked with a move.

Slimani, would cost around €22m per transfermarkt, and represent a cheaper alternative to Icardi. We don’t know whether the interest in the player is genuine from both Liverpool and Arsenal as this could be a ploy from the agent to secure a fat contract for his client.