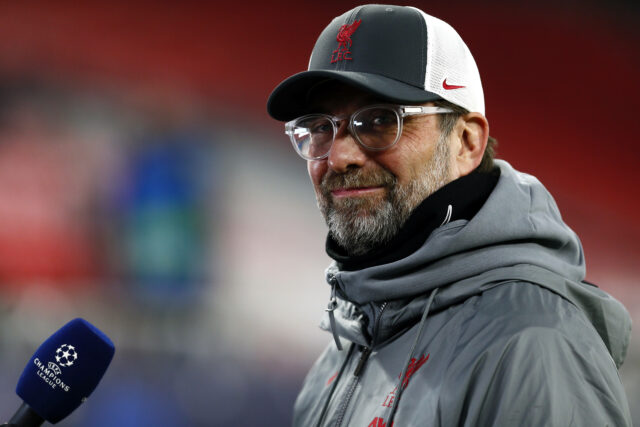 Liverpool progressed to the quarter-finals of the Champions League after beating RB Leipzig 2-0 (4-0 on aggregate) on Wednesday night in Hungary.

Mohamed Salah and Sadio Mane scored for the Reds as they finally returned to winning ways.

Jordan Henderson, the Reds skipper, who is currently out injured, wrote on his Instagram story – ‘Well done lads – on to the quarters we go’.

Several other Liverpool players also shared their reactions after the game.

From front to back lads worked hard for that win! Big clean sheet too. pic.twitter.com/5EIfjjfMer

Happy with the result today, on to the next round @ChampionsLeague ✊🏾🔴 #YNWA pic.twitter.com/Y5rjnEiiCq

Great one tonight, lads. Important win, solid perfomance. On to the quarter-finals! 🙏🏾🔴 pic.twitter.com/qujKBOYI6p

While Liverpool are struggling horribly in the Premier League – six home defeats in a row – they are doing just fine in Europe.

The Reds must look to transcend that onto the league, and a top-four finish may still not be out of their reach.

It is a morale-boosting win for Jurgen Klopp’s side, who looked much fluent and creative against the German outfit.

The return of Fabinho in midfield made a huge difference, and his partnership with Thiago Alcantara was one of the highlighting features.

Diogo Jota was lively throughout the game, while the defensive pair of Ozan Kabak and Natt Phillips were very impressive. Phillips was outstanding in Budapest, and Klopp rightly praised him after the match.

It has been a topsy-turvy ride for Liverpool in 2020-21 but if they can end up with their seventh European Cup, it will undoubtedly go down as Klopp’s greatest achievement since he joined the Merseyside club.

In other news, Liverpool are keeping tabs on Chelsea midfielder Christian Pulisic.