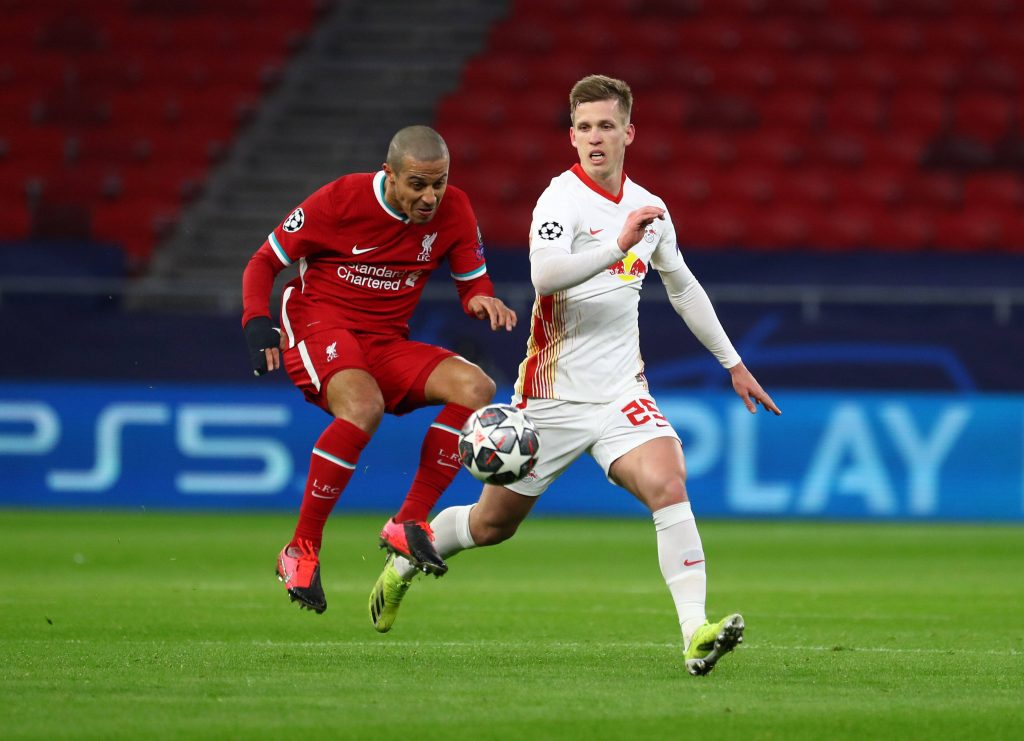 Summer signing Thiago Alcantara has opened up about Liverpool’s struggle to retain the Premier League crown this season.

The Reds’ title defence looked to be going as planned, as they sat top of the league at Christmas. However, a horror run of form has taken them all the way down to eighth, 25 points off the top.

Since defeating Crystal Palace 7-0 at Selhurst Park in December, Jurgen Klopp’s men have picked up just 12 points from their last 14 league outings, losing six home games in a row.

Spanish midfielder Thiago Alcantara has spoken out about their struggles, admitting that they did not imagine something like this would happen.

As quoted by the Daily Star, Thiago said: “It’s been a tough period for all of us because we didn’t expect in our worst nightmares we would be in this position in the Premier League, but we try to perform as best we can and try to get better.”

Despite their domestic issues, Liverpool are still in with a shout of lifting the Champions League for the second time in three seasons. They reached the quarter-finals on Wednesday night, defeating RB Leipzig 4-0 on aggregate over two legs.

On a personal level, Thiago has had a disappointing season. His arrival was expected to bring a new element to Liverpool’s industrious midfield.

However, the Spaniard has not lived up to the standards expected of him, following a struggle with COVID-19 and various injury woes.

“I know that I receive some criticism about my performances, but I’m not happy with my performance since I came here,” Thiago added.

“A new club, a strange situation (COVID), I had a strong injury, so to get into the rhythm it was hard, but it’s not an excuse.”