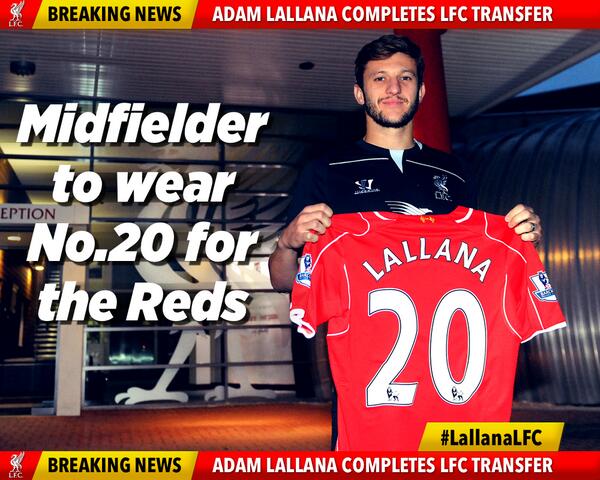 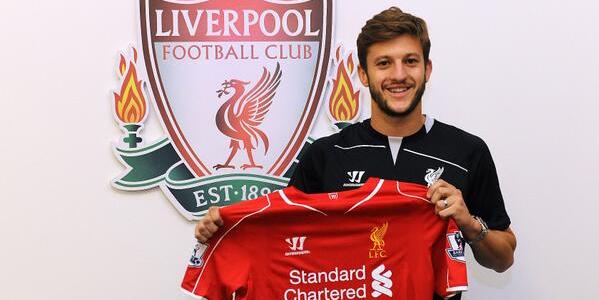 The Merseyside club confirmed the deal has been agreed with Southampton for the transfer of the 26-year-old to Anfield. The former Swansea man is delighted with the Reds’ latest acquisition and says Lallana’s motivation to be better will help him and the club to achive something special.

“We are delighted to have secured the services of one of the Premier League’s top talents in signing Adam Lallana,” Rodgers told Liverpoolfc.com at Melwood.

“What is apparent about Adam is that his character is on a par with his talent. He is an exceptional young man and someone who has a love for the game – and, most importantly, a desire to progress and improve.”

“Adam is motivated by being the best he can be and being part of something special. We believe he fits right in with what we are trying to do at Liverpool,” he added.

The midfielder had an sensational season with the Saints last season, scoring nine goals and managing six assists from 38 league appearances. The Northern Irishman claims his past form for Southampton will help him adopt quickly at Anfield.

“We have seen, over the past two seasons in the Barclays Premier League, he has a tactical awareness to adapt to what is required of him and to put the team above his personal ambitions,” Liverpool manager said.

“He has leadership skills and personal qualities that make him a special commodity and I am delighted we have acted decisively to make sure he is wearing a Liverpool shirt next season.”

“Adam is aware there will be great competition for places at this club and he is hungry to improve further. We are confident he will fit perfectly with the culture we have at Liverpool.

“I’m excited about working with Adam and helping him to progress even further,” Rodgers concluded.