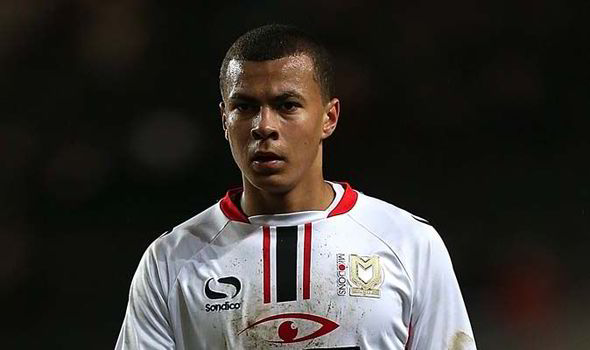 Liverpool have lodged an official bid of £3.5m for M.K Dons midfielder Dele Alli, according to reports from Sky Sports.

The Reds manager Brendan Rodgers has shown great appetite in nurturing young talents at the club. While the central focus has been laid on buying established stars this summer, Rodgers is equally keen to bring in young talented players with great potential at the club as well. And certainly Dele Alli is one of them.

The 18-year-old has had a good campaign last season, where he scored six goals in 33 League One appearances for his club. He is seen as one of the brightest talents in English football outside the Premier League and has been linked with other heavy weights including Chelsea, Arsenal and Manchester United.

MK Dons manager Karl Robinson has labelled him as the best 17-year-old player in the country and has likened him to Liverpool and England skipper Steven Gerrard.

Liverpool have a solid youth system boasting some superb talents like Jordan Rossiter and Cameron Brannagan, and Alli could be the new jewel in the precious crown of Liverpool academy.

While MK Dons will be hoping to keep hold of their star youngster, but they would surely be inclined to allow the youngster join a prestigious club like Liverpool. The Reds have already signed Rickie Lambert and have agreed a deal for Emre Can as well.