Liverpool have been linked with a shock move for out-of-favour Chelsea defender Ashley Cole, with Brendan Rodgers looking to strengthen the Liverpool defence this summer. 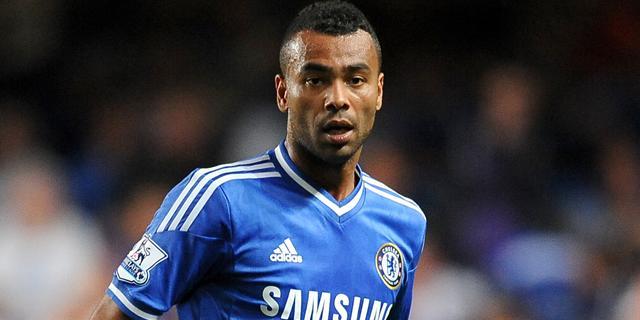 Cole, 33, has dropped behind Cesar Azpilicueta in the pecking order at Stamford Bridge this season, with the Spaniard poignantly not even a natural left-back. Now the Daily Mail has claimed that Liverpool could try and prise the England International away from West London at the end of the season.

Liverpool’s attack has been the talk of the town this season, but their rearguard still seems shaky at times. Kolo Toure has come in for some stern criticism after some rather haphazard displays of late, while they have had to alternate full-backs this season, with right-back Glen Johnson playing on the left side of defence for the 3-0 victory at Southampton.

Chelsea stalwart Cole will be out of contract come the end of the season, and while Jose Mourinho predicts that the former Arsenal man ‘probably will’ be offered a new contract, Rodgers is primed to pounce if the Blues decide against offering Cole a new contract.

Liverpool are also being linked with a move for Spurs defender Jan Vertonghen, with the Belgian international rumoured to be considering his long term future.

What do you think? Would the defensive pair be good signings for Liverpool? Let me know in the comments below..