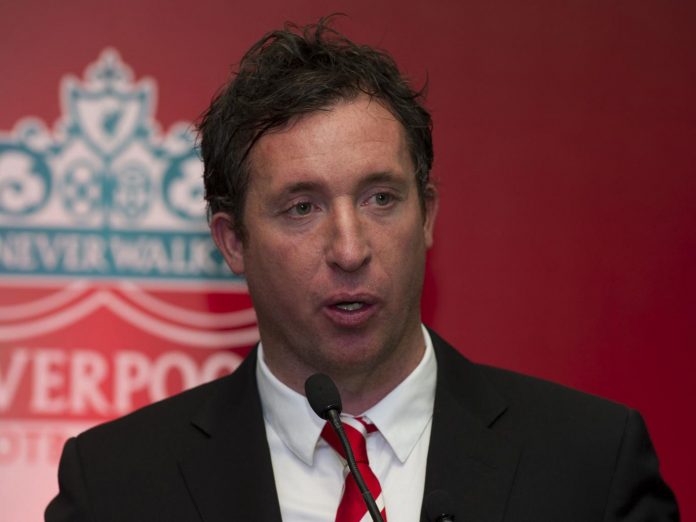 Liverpool legend Robbie Fowler has admitted that he would be open to be part of the Reds’ potential new manager Jurgen Klopp’s backroom staff.

The Merseyside derby last weekend at Goodison Park was Brendan Rodgers’ last match in charge as the Reds’ manager. The former Swansea boss was relieved from his duties just hours after the clash against the Toffees.

Klopp is without a job after stepping down from his post as the manager of Borussia Dortmund last summer. The Guardian reports the German boss is the favourite to replace the Northern Irishman at Anfield. The former Liverpool attacker has expressed his desire to be Klopp’s assistant at Liverpool, once his appointement is confirmed.

“Liverpool’s a massive part of my life. If that was to be the case than I’d absolutely love that. I’d be lying if I said I wasn’t interested if a new manager comes in and I’d love to be on the backroom staff,” Fowler explained.

Fowler was at Anfield from 1993 to 2001 before making a switch to league rivals Leeds United. The 40-year-old admitted that Klopp would be an ideal candidate to be Rodgers’ successor at Liverpool because of his record at his former club Dortmund

“My personal opinion is he’s a very good manager. I don’t know him as a man, I’ve never met him. Looking at him from an outsider I was impressed with his performances over Germany for Dortmund. That’s all it is,” Liverpool legend said.

“I like what I see, but that’s exactly the same as Carlo Ancelotti. I like his manner, I like Jurgen Klopp’s manner, I like the way they are with the teams. They’ve got the teams playing great football, good football we deserve at Liverpool. Both of these managers can supply that. “