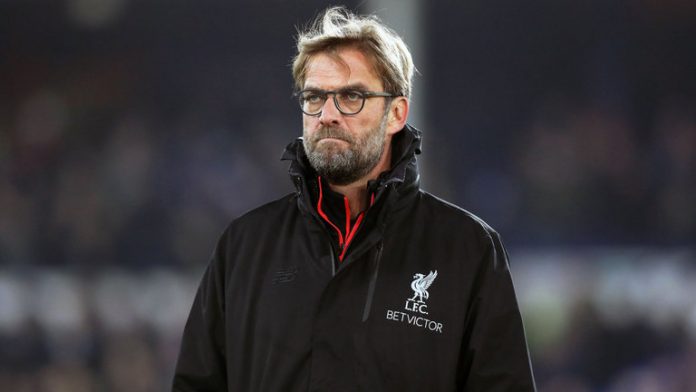 Klopp’s failure to strengthen his defence this summer was brutally exposed by Manchester City in the Premier League last weekend, and Liverpool looked uncomfortable at the back against Sevilla in the Champions League during the week.

Molby thinks the Liverpool boss missed a trick by not looking elsewhere after missing out on Southampton’s Virgil van Dijk.

“Their first target of the window was a centre-half,” he told the Liverpool Echo.

“The club went strong for Virgil van Dijk and was prepared to pay a world record fee for a defender.

“Yet when the window closed we had strengthened in every position apart from centre-half. Like most fans, I struggle to understand that.

“Was Van Dijk really the only defender who would have improved this team? I refuse to believe that was the case.

“Of course some weren’t for sale, but part of scouting is finding players. I wonder about the boy Davinson Sanchez, who went to Spurs from Ajax.

“Why didn’t we show any interest in him? I still think we’re a more attractive proposition than Spurs. It makes you wonder sometimes.”

Liverpool followed up their drubbing by City with a patchy performance against Sevilla on Wednesday, with the Spanish side twice taking advantage of defensive lapses to secure a 2-2 draw.

Klopp insists it’s a game Liverpool should have won and pointed the finger firmly at Klopp for his side’s failure to deliver.

“Fans will put up with a lot of things and Liverpool fans are probably as patient as anyone, but if we’re being totally honest some of the problems Klopp inherited still haven’t been solved,” he added.

“Maybe he has too much belief in some of these players. Maybe the club has failed to identify the kind of players who could improve us. Alternatively, it could be Klopp just being stubborn.

“People talk about Klopp’s attacking style, but neither of those goals against Sevilla had anything to do with us committing too many players forward.

“You could argue about players being out of position for the first goal, but if Dejan Lovren doesn’t miss that ball then it doesn’t matter where his teammates are on the pitch.

“If Lovren puts that ball out for a throw then you reorganise yourselves. It was just a basic error.

“He wasn’t the first and he won’t be the last, but there’s been too many of them at Anfield and that’s why fans are getting frustrated.”

Liverpool return to Premier League action on Saturday as they welcome Burnley to Anfield.

The home side are 3/10 to win the game, but the visitors will fancy their chances of taking advantage of Liverpool’s defensive woes and the 5/1 on offer for a draw looks tempting.