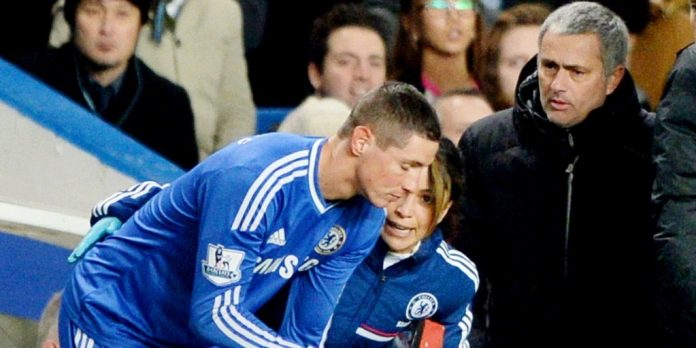 Former Liverpool midfielder Danny Murphy has attacked Chelsea striker Fernando Torres, claiming that even his teammates at Anfield were negative when discussing his footballing abilities.

Speaking to talkSPORT, Murphy laid in to the much maligned Spaniard, saying that the 30-year-old can have no excuses for his dismal Stamford Bridge career, and that he is NOT a technically gifted striker,

“Over the last couple of years he’s got no excuses. He’s tried to work hard on his fitness – you can tell that – and at times he looks sharp, but he’s never been technically that brilliant.

“I remember when he was doing well at Liverpool taking to a couple of the lads there and they were a bit negative about his technical ability and what he didn’t have, rather than what he did have, which was pace and power. But the rest of his game has never been perfect, far from it, in fact.”

It will be hard reading for many Chelsea fans, who still harbor hopes that Torres will eventually recapture his form of old, which saw him become the most feared striker in the Premier League.

Read more: Who should follow Demba Ba out of Stamford Bridge

But Murphy has ruled out a return to prominence for Torres, saying that his game relied on pace and power, and with that gone, the Spaniard hasn’t the ability to compensate,

“There was a spell at Liverpool when he was unplayable because of his power and his pace, but once he lost that and his confidence went he became reliant on his technical ability, which he’s not very good at – his hold up play, his passing, his decision making, which is terrible.”

Hard hitting criticism from the former midfielder, but one that makes a lot of sense considering Torres’ woeful form of late. Since his move to West London in 2011, he has scored a measly 19 goals.

Considering at this stage into his Liverpool career he had 65 goals, Torres has failed miserably to live up to his £50m price tag, and inflated reputation.

Jose Mourinho has bemoaned the lack of quality strikers at his disposal this season, and even started winger Andre Schurrle up front over Torres in last night’s 3-1 defeat to PSG.

Reports of a loan move to Inter Milan at the end of the season have surfaced this week, and if there is any truth in the matter, Torres should be chomping at the bit to have one last crack at a top European league, and prove his army of doubters wrong.

What do you think? Is Danny Murphy right in condemning Torres? Will the Spaniard ever return to form? Let me know in the comments below…