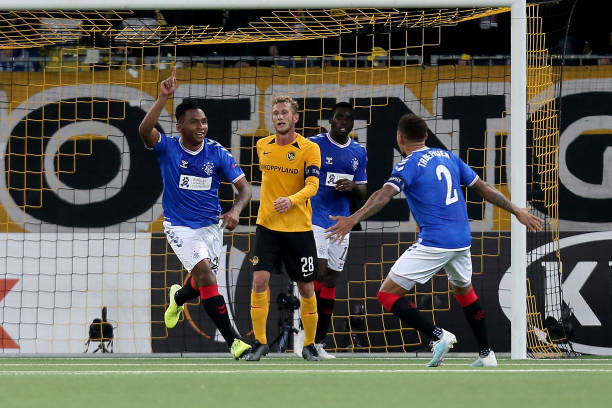 Rangers handed Porto a 2-0 defeat at Ibrox in their Europa League clash on Thursday night, edging closer to securing qualifications for the knockout stages of the competition as a result.

Second-half goals from Alfredo Morelos and Steven Davis ensured the Light Blues maintained their recent impressive record in Europe, with only loss to their name in their last 12 games on the continent.

Rangers are currently level on points (seven) with Group G leaders Young Boys, but only three points separate them from both the Portuguese and Feyenoord, and the next two rounds of games will have a huge say on who advances to the last 32.

After holding Porto to a 1-1 draw a fortnight ago, the Light Blues proved their quality at Ibrox, completely blowing the visitors away, and they will fancy their chances of competing against the bigwigs in the competition going forward.

Celtic also secured a valuable victory on the night to book their place in the knockout stages, winning 2-1 against Lazio, and both Old Firm rivals could be playing European football after Christmas for the first time in a long while.

Scotland international and Liverpool left-back Andrew Robertson is more than proud of such possibility, reacting thus on Twitter after Rangers put Porto to the sword:

Rangers are yet to lose a European game at home since the arrival of manager Steven Gerrard, scoring 42 goals, shipping 17 and keeping 15 clean sheets, and an impressive run in their Europa League campaign this term would go a long way in boosting their confidence in their bid to halt Celtic’s domestic reign.