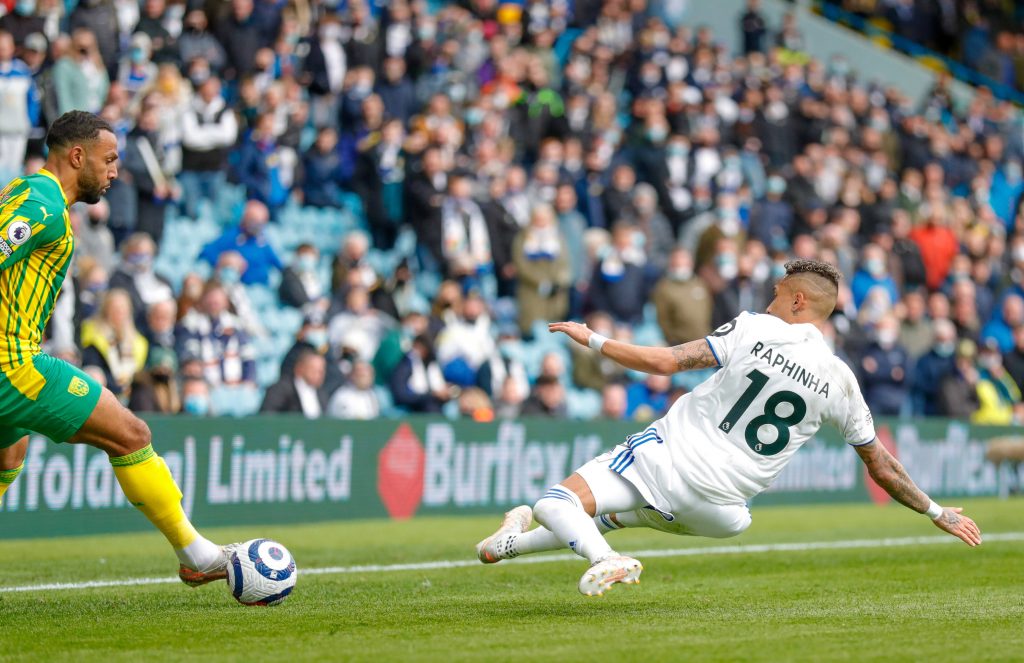 Liverpool have been linked with a move for Leeds United winger Raphinha this summer.

According to Italian journalist Gianluigi Longari, the Merseyside outfit are now leading the race for the Brazilian winger.

Manchester United and Manchester City are also keeping tabs on the 24-year-old.

Leeds are not keen on selling Raphinha, but the Reds will hope to convince them to change their stance with a lucrative offer.

Confirmed. Liverpool lead the race for #Raphinha but also Manchester United and Manchester City are following the winger. Not a simple deal cause Leeds want to keep him. #LFC #LUFC #MUFC #MCFC @tvdellosport https://t.co/Pj7ziC5apy

SL View: Would be a Jota-esque signing for the Reds

There is no doubt that Jurgen Klopp needs more depth in his attack, and signing Raphinha would add more quality and unpredictability to the squad.

The Brazilian winger has been outstanding for Leeds during his debut season, and his performances have caught the attention of the top English clubs.

Raphinha is an excellent dribbler and efficient with his passing in the final third. He can also chip in with important goals.

He bagged eight goals and 11 assists this past season, and his addition to Liverpool’s ranks would be a big boost to the Reds.

Raphinha could have a similar impact to Diogo Jota, who joined the Reds from Wolverhampton Wanderers last summer.

However, Leeds are under no pressure to sell Raphinha, and Liverpool would have to pay well over the odds to secure his services this summer.

Read: Liverpool linked with a move for Dutch international this summer.