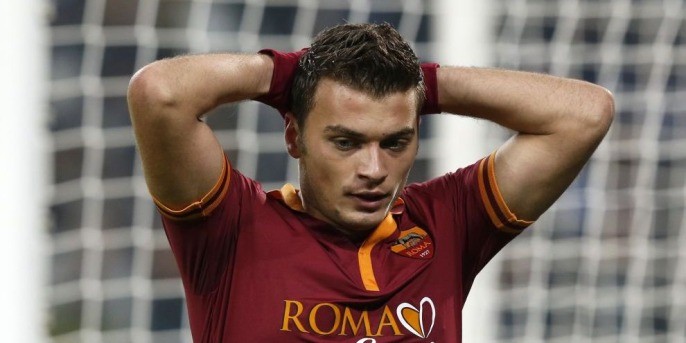 Liverpool are reportedly considering a bid to land Serbian Adem Ljajic from Italian side Roma in the summer. Il Messaggero claims that the 22-year-old’s farewell from the Roman capital looks imminent, with Ljajic failing to hold down a starting eleven spot in Rudi Garcia’s side.

We had earlier reported that the Reds were willing to make a €10m for the Serbian. With just 12 appearances this season for ‘I Lupi’, Ljajic has fallen down the pecking order under Garcia’s stewardship, with the Roma manager preferring Michel Bastos and Gervinho to the former Fiorentina man.

David Amoyal, senior Football transfers reporter from Italy also had this to say regarding this on Twitter.

With Liverpool showing interest, it is believed that Ljajic’s future is certainly far away from Rome.

The former Manchester United reject can easily fit into Brendan Rodgers’ side thanks to his versatility since he can play as a  secondary striker and is equally adept in an attacking midfielder’s role.

Liverpool’s attacking verve this season have transformed them from European outcasts to Premier League contenders and Ljajic’ attacking prowess would seemingly fit into the Anfield side. Moreover, his signing would surely get the best out of Raheem Sterling and Phillipe Coutinho in a fight for direct competition for a starting eleven spot.

The Roma star is currently valued at €12m according to Transfermarkt and going by the current situation, Liverpool would be getting a player of immense quality for a decent price.

However, it is believed that German side Borussia Dortmund are also interested in the Serbian.